Photos of Marcus Rashford back in full training

Manchester United fans are delighted to see photos of Marcus Rashford back in full training.

The forward has been sidelined after sustaining a double stress fracture of his back in an FA Cup tie against Wolverhampton Wanderers in January and the club yesterday released photos of his return to pitch work at Carrington. 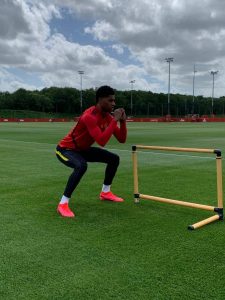 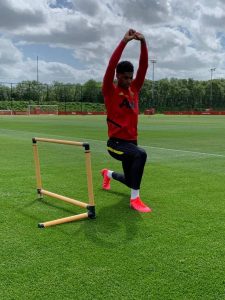 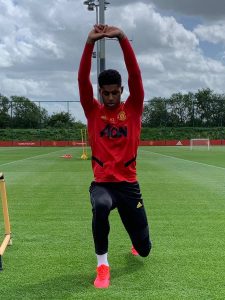 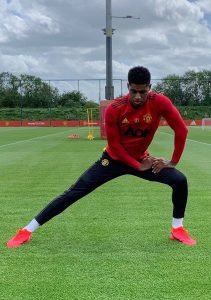 ‘Good to see him back, work hard Rashy!’

‘Marcus Rashford…. So happy that he’s back.. Hope we see him on the field soon.’

For United, having the England man available for the rest of the season following lockdown represents the brightest of silver linings on the coronavirus cloud.

The player himself admitted that he would have struggled to play a part in the rest of the season had it not been postponed, saying ‘I was probably going to go back with the team towards the middle and end of April, but that would have been a push because I didn’t want to miss the summer.’

‘I doubt I would’ve been 100% fit going into that tournament or even finishing the season.’

The Red Devils’ next game should be the Premier League fixture against Spurs some time between June 12th and June 19th, which could see United’s top goalscorer line up alongside Bruno Fernandes for the first time since the Portuguese playmaker arrived from Sporting Lisbon in January.