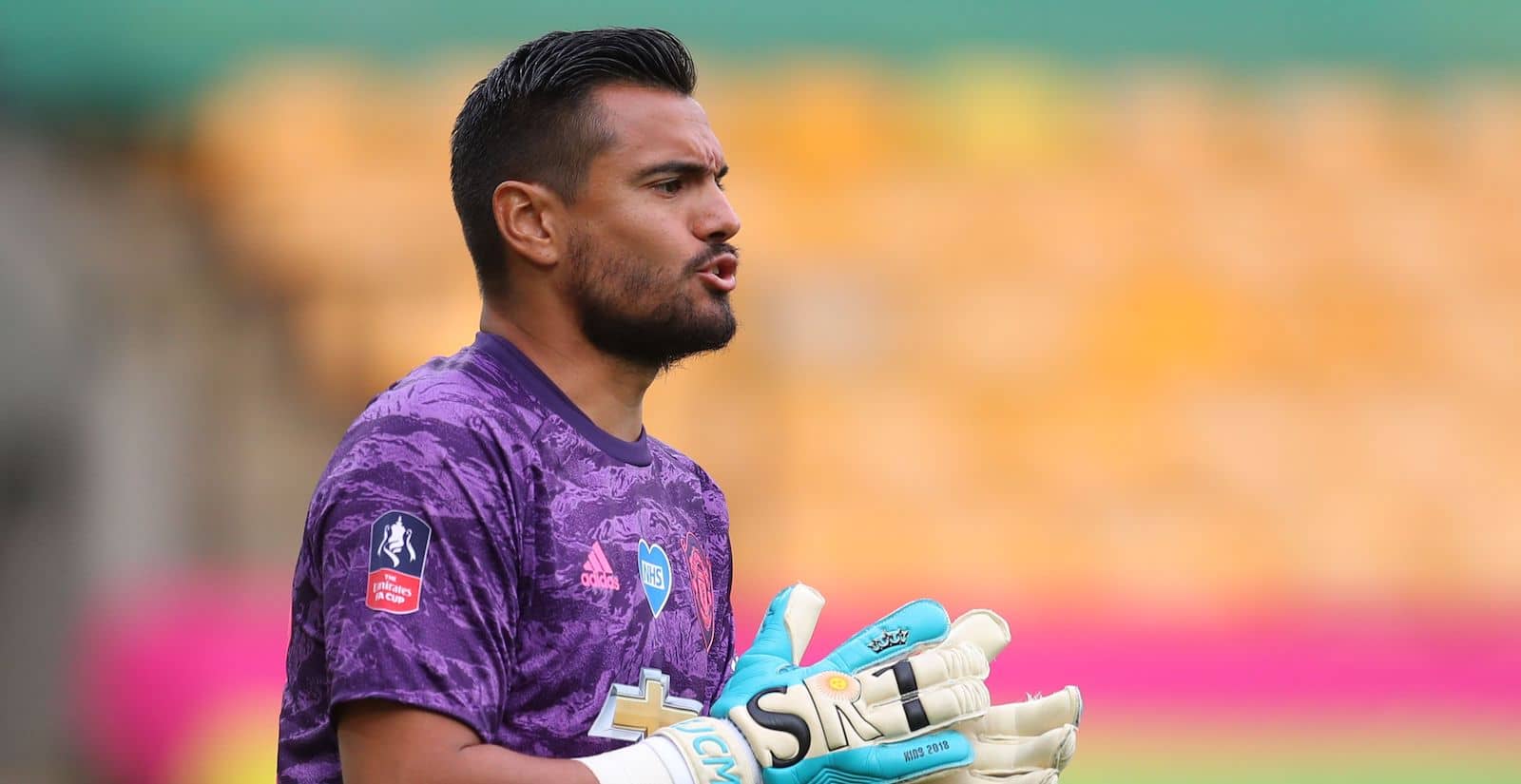 Sergio Romero’s wife has sent a heartfelt plea to the club to allow her husband to leave.

Romero finds himself surplus to requirements at Old Trafford following Dean Henderson’s return from loan at Sheffield United, but the club refuses to let him leave on a loan deal.

They have also insisted on a transfer fee for the 33-year-old, believed to be in excess of £5 million, which has made it difficult for any club to sign him in the current financial climate.

As Argentina’s number one and just four games short of his 100th cap for his country, Romero needs regular football and finds himself trapped in obscurity at United as the transfer window closes.

Speaking on Instagram this evening, his wife Eliana Guercio has hit out at the club in a heartfelt plea.

‘Sergio Romero worked hard for this club. Last trophy they won, they lifted it with him’, Guercio said.

‘He helped the team win 4 finals/semi-finals and then he was left on the bench only to lose them all.

‘It is time for them to return the opportunity and let him go.

It is understandable that Romero and his wife feel aggrieved at the way he has been treated. He has been a model professional throughout his time at United and never complained about playing second fiddle to David de Gea, even when the Spaniard’s form was at its worst.

Cristiano Ronaldo misses another day of training for...