It is fair to say that many people expect Manchester United to come away from tomorrow’s Champions League clash with Paris St Germain empty handed. Despite Saturday’s 4-1 win at Newcastle, Ole Gunnar Solskjaer’s side has not started the season well and a number of doubts remain.

United’s last trip to the Parc des Princes was a famous one, of course. Trailing 2-0 after the home leg of the 2018/19 Champions League round of 16, Solskjaer’s men won an epic victory, with two goals from Romelu Lukaku and a coolly dispatched Marcus Rashford penalty in the fourth minute of stoppage time sealing the win.

The MEN’s Tyrone Marshall claims that ‘United do look a better side than they were in Solskjaer’s honeymoon period, despite the impressive results picked up in those first three months’. It would be nice to think he is right, so in this article we compare the team that Ole Gunnar Solskjaer is likely to put out tomorrow with the heroes of March 6th 2019 and also look at how the PSG side compares to the villains of that encounter. 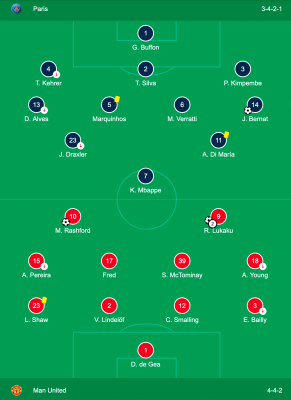 United’s defence is probably no better or worse than that of 2019. On paper, it should be better; Aaron Wan-Bissaka is an upgrade on a makeshift right-back, Eric Bailly, and when on form, Harry Maguire should be an upgrade on Chris Smalling – although the jury is perhaps still out on that one. David de Gea, Luke Shaw and Victor Lindelof will probably remain in the team from that night, although there could be an upgrade at left back in Alex Telles.

Perhaps the biggest debate is whether Anthony Martial is an upgrade on Romelu Lukaku at centre-forward. On his day, Martial is unplayable but there are still doubts over consistency and whether he has that striker’s instinct that will see him score poacher’s goals and tap-ins on a regular basis, as Lukaku did for United on that famous night. 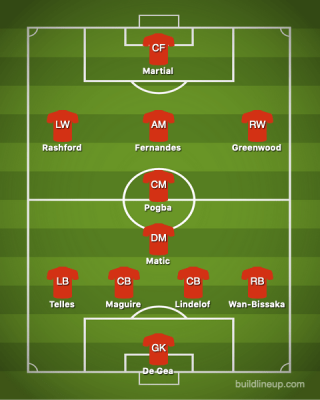 United’s bench should also be a lot better. Some of those 2019 starters are likely to be there – Fred, Scott McTominay, Eric Bailly and Luke Shaw, perhaps – along with either Pogba or Van de Beek, Edinson Cavani and the in-form Juan Mata. That is a vast improvement on Rojo, Dalot, Gomes, Chong, Garner and a 17-year-old Mason Greenwood.

But before we get too excited, it’s worth noting that PSG have made some improvements as well. In goal last time was 40-year-old Gigi Buffon – it’s fair to say he was past his best – with Keylor Navas replacing him.

The backline now lacks the classy Thiago Silva and there are injury doubts over both full back slots, although Marquinhos is back in training and will be crucial in the heart of the defence.

Of course, the big change for the French side from 2019 will be Neymar, who was injured last time out. But other than that – although that is admittedly a big ‘other than’ – the French champions have not undergone the same level of improvement that United have in those 19 months. 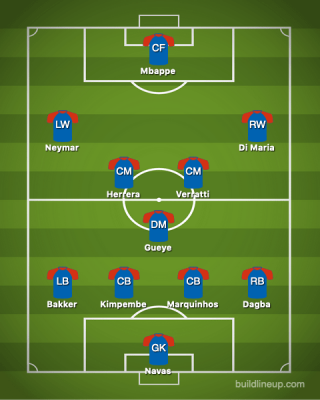 The bigger picture in making this comparison, though, is that despite transfer window disappointments, Solskjaer’s rebuild at United is well under way. The gulf in class then is perhaps now a mere gap in class that just two or three signings, arguably, could close completely.

Whether that will help United to three points tomorrow remains to be seen. But it is certainly good news for the future.