Manchester United manager Ole Gunnar Solskjaer has put his fate in the hands of the following eleven players for today’s Premier League match against Everton at Goodison Park.

Solskjaer is under immense pressure as the side lies 15th in the Premier League table and have lost three out of four home games, including an embarrassing 6-1 defeat at the hands of Spurs.

Another dreadful performance in the Champions League on Wednesday evening against Istanbul Basaksehir reportedly led to the board approaching former Spurs boss Mauricio Pochettino to ask him if he would take over from the Norwegian should the team lose against Everton today.

Whether or not the situation is as straightforward as that is unknown, but it is certainly true that Solskjaer desperately needs a win and this is the side he has selected to do the job today.

David de Gea, as expected, returns in goal, along with Victor Lindelof in central defence alongside Harry Maguire.

Anthony Martial returns from suspension and Juan Mata is preferred to Mason Greenwood on the right wing. There is no place for Paul Pogba or Donny van de Beek. 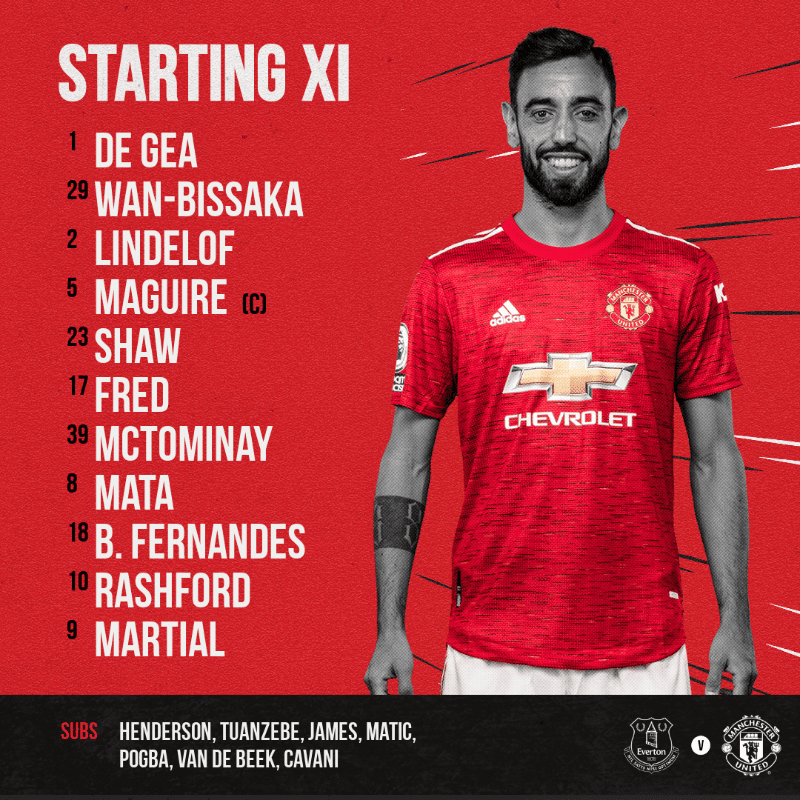