Normally in football, an away match against a team four places above you in the table represents one you would be happy to leave with a point.

However, when the two teams are Manchester United and West Ham United, expectations of an away victory rise significantly, regardless of league position.

There is also another significant factor when predicting the result of this game as well and that is the Red Devils’ away form.

They have won all four of their away Premier League games so far this season and if the league was based on away results only, a win today would take them two points clear at the top with an equal number of games played. 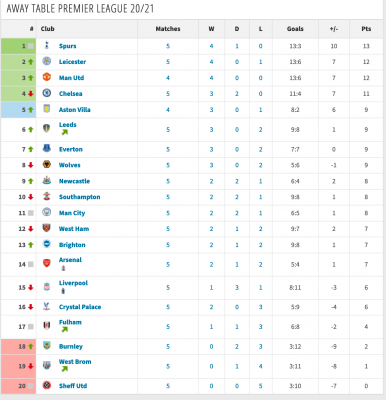 The problem for United is that title-winning form turns into relegation zone form for matches played at Old Trafford. There, United lie fifth from bottom on just four points from five games, below West Brom and potentially dropping into the bottom three if Brighton and Burnley were to win this weekend.

But while United’s home form is woeful, West Ham’s is superb. They lie second only to Liverpool in the home table on 10 points from five games. 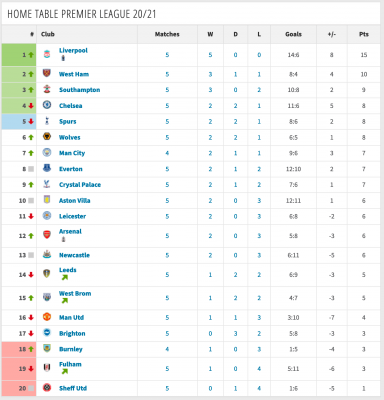 This makes today’s game a case of the unstoppable force meeting the immovable object; United, unstoppable so far away from home, meeting a Hammers side that has not lost at home since the opening day of the season.

Something has to give.

For all United’s troubles and the sense that we, as fans, all get from time to time that progress under Solskjaer is a case of one step forward and two steps back, another alternative league table is worth bearing in mind – the calendar year 2020 table. 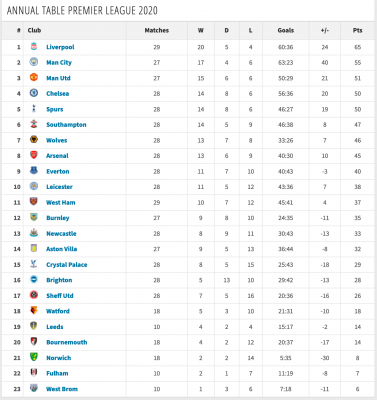 As the name suggests, this is a league table based on all results, home and away, since 1st January 2020. This sees United third behind just Man City and Liverpool, just four points behind the former. This gives us every reason to be optimistic that if that home form can be put right, United could be there or there abouts come June.