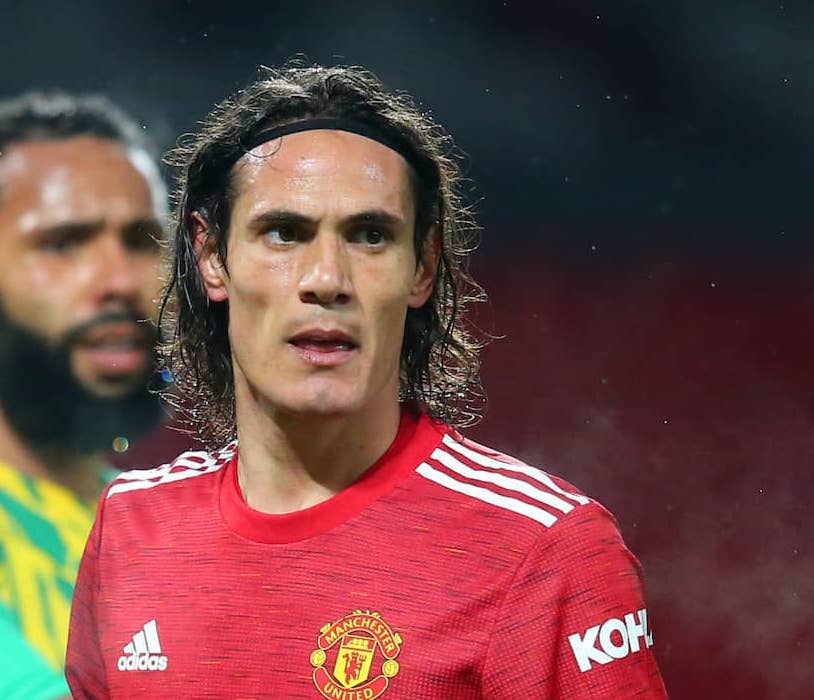 Manchester United boss Ole Gunnar Solskjaer has confirmed Edinson Cavani has picked up a knock during the clash vs West Ham.

The experienced Uruguayan has played a fair amount of minutes of late and that could be the cause for his injury.

Cavani has been involved for all four of United’s past matches, playing the full 90 minutes vs Istanbul Basaksehir before brilliantly inspiring United to a comeback victory vs Southampton in a superb 45 minutes display.

Against PSG in midweek, the former Napoli star played for a large portion of the fixture and managed 45 minutes vs West Ham before breaking down.

Given how much football that is with little rest and perhaps Cavani’s age needing to be taken to account, it shouldn’t be a surprise he’s succumbed to injury.

Solskjær: "It's unfortunate that sometimes you get muscle injuries. Edi [Cavani] had to come off with an injury, hopefully it's not too bad." #mulive [sky]

Cavani’s absence may blunt Manchester United’s attack a little as his presence has shown fans what a real striker plays like.

Anthony Martial had a remarkable goalscoring season last year but his movement in comparison to the 33-year-old does not measure up.

Cavani’s a true out and out number nine and it showed particularly for his goals vs Southampton so others will need to pick up the slack while he recovers.

His proneness to injury was one of the reasons why he was let go by PSG so hopefully it doesn’t become a habit at Old Trafford too.