Home » Harry Maguire 2020/21 Season Review: Holding it all together?

Harry Maguire 2020/21 Season Review: Holding it all together?

It seems inevitable that the exorbitant sum paid by Manchester United for Harry Maguire’s signature will always be a burden to him. The fee was not his doing, of course, but that hasn’t stopped it being wielded to give extra thrust to criticism of his occasional mistakes or supposed shortcomings.

However, while Maguire’s (increasingly rare) aberrations seemed to receive extra attention, they also clouded the fact that, as the distance grew between the defender and his chaotic, abridged summer, he performed at a consistently high level until injury prematurely ended his season.

Blocking out the excessive background chatter and judging him by what he does well – rather than what some fans and pundits would prefer to see – reveals an increasingly influential presence, who has steadily become one of the top centre-backs in the country. 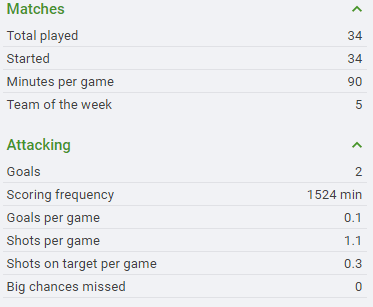 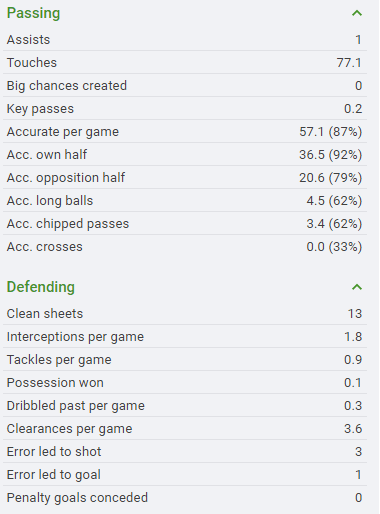 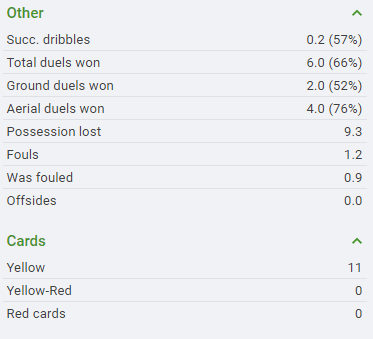 Maguire’s general reliability is undermined by the odd costly lapse. The most egregious example came during the disappointing home draw to Everton in February, with the United captain guilty of playing attackers onside before a galling injury-time equaliser.

If he wants to become the complete package, he’ll need be brave enough to hold a higher line from set pieces and resist the urge to drop deeper in anticipation of a clearance.

Meanwhile, at the attacking end of the pitch, he could and should have scored more goals. Admittedly, it’s a strange request to make of a centre-back but such is Maguire’s aerial dominance in his own box that it seems unusual that he hasn’t been able to make the most of some gilt-edged chances at the other end.

With Luke Shaw delivering dangerous crossers from set pieces, Maguire has had enough chances to approach double figures but ended the season with just two. He’s a real threat from dead balls, often rising unchallenged to connect with crosses. However, he really needs to start testing opposition keepers more.

There’s no doubt that Maguire’s assured presence improved the players around him. Additionally, the current group isn’t exactly overflowing with personalities, which made his place at the heart of the back four an even more crucial attribute.

His reliability and composure almost single-handedly alleviated the glaring absence from the current United side of a specialist defensive midfielder, reliable centre-back partner or regular goalkeeper. In short, when Maguire played, United were a better side.

Maybe it’s the gravitational field around his famously large head but crosses just seem to have a way of looping into his orbit.

He made an impressive 86 headed clearances last season and won 135 aerial duels. For reference, he won twice as many aerial duels as Manchester City’s excellent Ruben Dias. Statistically, this dominance was matched on the deck, with Maguire having a better record than Dias in terms of interceptions, tackles made and clearances.

Although he’s yet to come off the pitch sporting a bloodied headband, Maguire has really grown into the captaincy this season. The most telling indicator of his outsized influence came over the last four games of the Premier League season, with United conceding an average of two goals per game. Without him there organising and cajoling, the side conceded roughly double the seasonal average.

He’s really grown into the captaincy and has become a real leader.

United’s best centre-back partnerships have had a winning combination of grit and style. Perhaps Maguire suffers from not being quite as easily categorised. He’s neither the quick, classy sweeper nor the hard-as-nails stopper. Instead he brings elements of both.

He’ll never live down that price tag – and might always be too ungainly for the purists – but that doesn’t change the fact that he’s just enjoyed his best season for the club and is now firmly established as one of the very best centre-backs in the country.

With a high quality, reliable partner to play alongside him and a settled goalkeeper behind, there’s no reason why he shouldn’t aim to be the best centre-back in England and one of the best in Europe.

Manchester United have had an underwheliming transfer window...