Manchester United fans have long held mixed feelings towards Fred and it’s safe to say his performances over the season haven’t really changed that.

The Brazilian midfielder is obviously talented but is he the £53.1m player supporters and Jose Mourinho thought they were getting?

Fred‘s proven to be a crucial part of Ole Gunnar Solskjaer‘s setup but questions remain over whether or not he’s good enough for a side aiming to be serial title-winners. 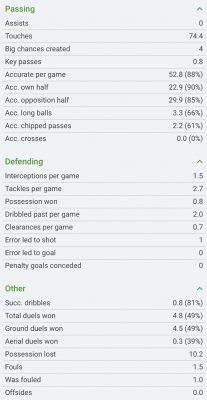 Fred‘s biggest negative is how erratic he is, not just from game to game but sometimes even within moments of a game.

The former Shakhtar Donetsk man can put in a brilliantly timed tackle worthy of Nemanja Vidic’s praise but then give the ball away sloppily in a manner that would see him berated by Sir Alex Ferguson.

There are things Fred‘s good at but what he’s not good at is unfortunately what United need more of.

He’s simply not good enough at passing or controlling a game in the way a player in a double pivot needs to be.

His smaller stature is also a problem at times when players are capable of bullying him physically.

Fred‘s energy and tenacity in midfield is what so often saw him play alongside Scott McTominay, shunning the world-class talent of Paul Pogba out on the left-wing.

Simply put- he does the dirty work and he does it well. In fact, he was in such good form at certain spells that some Manchester United fans began comparing him to Chelsea’s N’Golo Kante.

Fred‘s a ball-winner and has adapted his game superbly to Solskjaer’s demands, essentially saving his career when it looked as though he would struggle in England.

He’s a hard-worker, a team player who would never disrupt squad harmony and at worst would be a rotational option worthy of keeping around.

Fred‘s a constant option in midfield and given the squad’s proneness to injuries, that can only be a positive.

The strange thing about Solskjaer’s midfielders is that they are all arguably suited more in a three-man midfield than a two, simply because they’re all such specialists.

If Fred had someone protecting him and someone alongside him in charge of playmaking, he would excel in a box-to-box role or even in a ball-winning role.

Unfortunately, Solskjaer insists on playing a double pivot and that requires a more well-rounded player than the 28-year-old.

It’s why United are said to be looking at bringing in a midfielder and if that happens, it’s likely Fred will be the one to lose his spot in the starting XI.

Otherwise, Fred will continue to be the erratic, brilliant, frustrating player fans all hate and love.

Fred‘s had a decent season in which he hasn’t caused any damage to his reputation but he hasn’t really improved it either.

If a new player comes in, he’s the most expendable midfielder after Nemanja Matic as Solskjaer will likely prefer McTominay.

It’s good to see him get a deserved return to the Brazilian national team as he’s played a lot of minutes for Manchester United this season.

At 28, he’s meant to be at his peak and it’s unlikely he’ll get any better than he has been playing or even add things to his game anymore.

There’s no doubt he’s a good player but is he good enough for a title-winning team?