There’s a company in California – where else? – that sells ‘hand-crafted’ boxes of ice cubes for £230 a pack. If you’re the kind of person who enjoys a couple of cubes in their favourite tipple, your drink would be costing you at least £12 before you’d even added any liquid.

Your drink would look aesthetically-pleasing for a while but, if you left it in the sun for twenty minutes, the ice cube value would’ve shrunk back to 0.

This might sound like a harsh way to describe such a talented footballer but it’s the very fact of his talent that made last season, like a few others, such a crushing disappointment.

In theory Martial has it all. He’s blessed with a great first touch, pace, natural skill and clinical finishing ability.

However, he’s also disinterested to the point of catatonia and it’s starting to feel like all of the footballing planets have to align for him to play even close to his ability.

Last season, all of the conditions seemed to be in place for him to carry over – and indeed build upon – his good form from the previous term. Expectations were justifiably high.

Instead, United fans got the pitiful worst of Anthony Martial; the sleepwalker who shrugs too much and smiles too little. He looked lazy and bored.

He’s now at a crossroads; No longer the budding talent and almost out of excuses, it’s far from a given that he’ll step out in the red of Manchester United again.

He won’t be able to complain about not being given enough chances. It’s all on him. 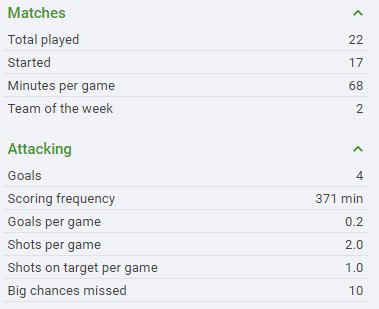 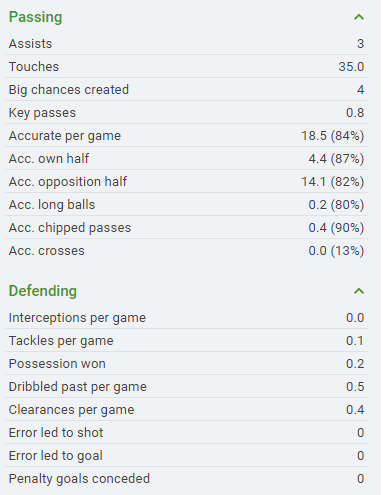 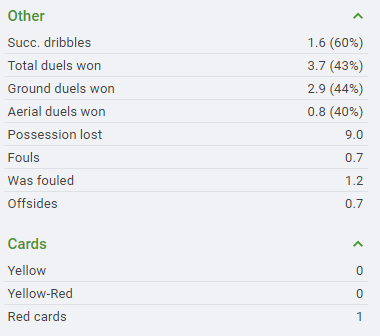 A return of just four goals from his 22 Premier League appearances was nowhere near good enough for a striker at a top club. All strikers have barren spells but few of them seem to down tools when things aren’t going their way to the same extent as Martial.

He was convincingly outshone by a 34 year old who had barely played the previous season. Outshone not just in goals scored or assists made but also, unforgivably, in terms of work-rate.

In fact, it was the very presence of Edinson Cavani that really shone a light on just how deficient Martial’s performances were. Cavani – industrious, ever-willing, hungry to score and desperate to help the team – was everything the Frenchman wasn’t.

On average, Martial won back possession 0.2 times per game. In a side full of industrious characters who ran themselves into the ground – and played through injury – for the cause, that’s just unforgivable.

Based purely on his natural ability and past reputation, there’s still a reasonable chance that United could use Martial as bait in some kind of ambitious swap deal. Rumours have already begun to surface that Solskjaer is unhappy with his efforts in training and he’s said to have been offered on loan to Real Madrid, with an option to buy.

We’re at the point where a change of scene would probably benefit everyone.

It’s difficult to see where Martial fits next season, although it’s increasingly unlikely that it will be at Old Trafford.

It’s a huge shame, the fans have been behind him since that memorable debut and his raw talent has always been self-evident. However, talent alone isn’t enough and everyone’s favourite luxury ice cube has long-since melted into a sorry puddle.

It’s looking like the time is right to say “Au revoir”.