Thousands of words have been spent discussing the difference between the Frenchman’s displays for club and country and that conversation has been rekindled on the back of his excellent showing against Germany on Tuesday night.

The midfield maestro was irrepressible in a MOTM display, influencing the game at both ends. He also helped to create the winning goal with a moment of sheer improvisational magic.

The Telegraph and Tifo have broken down Pogba’s performance for France in a valiant attempt at solving the riddle.

The Telegraph starts by explaining the self-evident: Pogba is less of a defensive midfielder than he is a ‘skilful improvisor’.

Also highlighted is France’s acceptance of the erratic moments and how this means that Pogba doesn’t dwell on them quite as much.

However, if you assumed that this was simply a case him having more license to attack for France, you’d be wrong. In truth, the figures show quite the opposite, as Pogba spent 41% of the Germany match in the opposition half, compared to an average of 55% for United over last season.

However, things get more interesting when analysing the Frenchman’s figures over the course of the full season.

Since September, the midfielder averaged more passes (in both halves of the pitch), more shots, tackles, interceptions and ball recoveries for les Bleus.

Effectively, he was better under Didier Deschamps in every facet other than chance creation, which could be partly explained by Ole Gunnar Solskjaer using him in a more attacking role at club level. 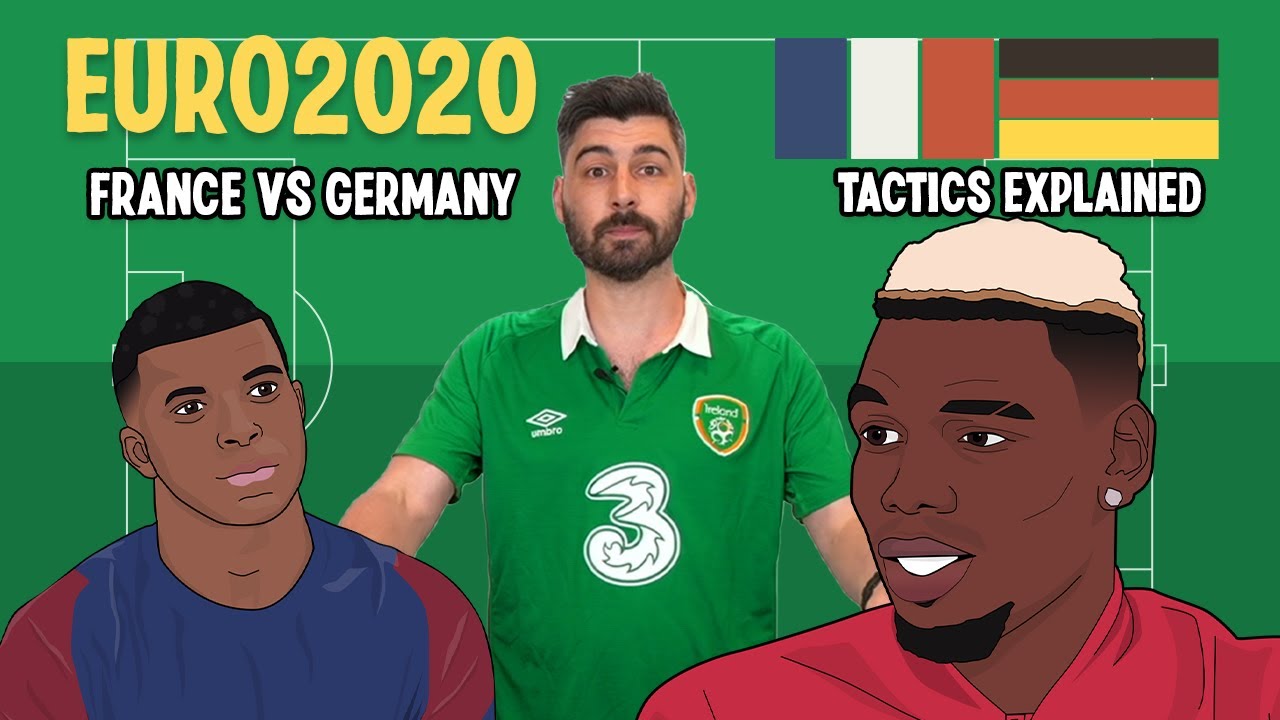 Vitally, he’s seen an elite cog under Deschamps, rather than an all-important talisman. In a team shorn of ego, everyone pulls together to form a high-functioning unit. It’s a simple but effective ethos, in stark contrast with the less coherent style he experiences under Solksjaer.

Tactically, France employed a 4-3-3 against Germany, with Pogba on the right side of the midfield. This is immediately at odds with his club position, as he’s operated largely from the left at Old Trafford.

Additionally, Deschamps used a very fluid system against Germany, which gave the midfielders extra space. This meant that the France players had time to pick a pass from a wealth of options, which was most evident in the clever switch to the left for the goal.

Pogba became France’s out-ball and revelled in the freedom that the coach’s setup allowed. He often had the choice of running into space or picking a pass towards a willing runner, which played to the mercurial midfielder’s strengths.

On the defensive side, the whole team pressed well, which again contrasts starkly with the piecemeal pressing employed by United.

Kante’s position in front of back four gave Pogba license to press everywhere and Griezmann’s pressing made it easier for Pogba to spot attacking threats.

Ultimately, Deschamps’ tactics prove that Pogba can be a balanced midfielder and it isn’t the either/or some critics would have you believe.

The analyses clearly show that, in a balanced, well-constructed team, United fans could expect ‘premium’ Pogba.

And, contrary to popular opinion, the entire side doesn’t have to be geared around his unique set of skills in order for it to function.

In fact, he’s at his best when surrounded by quality midfielders in an energetic, high-pressing 4-3-3.

Considering all the talk of egotism and image that follow him around, it’s almost revelatory to consider that United’s midfield magician doesn’t want to be the main man, he wants to be the support act.

He’s not the messiah, he’s just a very talented boy.