Real Madrid star Raphael Varane is believed to be a top transfer target for Manchester United this summer and the statistics show just why.

The towering centre-back is seen as the ideal partner for Harry Maguire as Ole Gunnar Solskjaer looks to shore up his defence.

Varane is widely considered to be amongst the best in the world in his position so it makes sense United want to bring him in now that he’s seemingly available.

The solid Frenchman’s contract with Madrid runs out next summer and so that leaves an opening for Solskjaer’s side to potentially exploit.

There are some who doubt the 28-year-old’s ability and feel he’s looked rather shaky over the course of the past season but his numbers suggest otherwise.

The Athletic found some interesting stats on Varane: 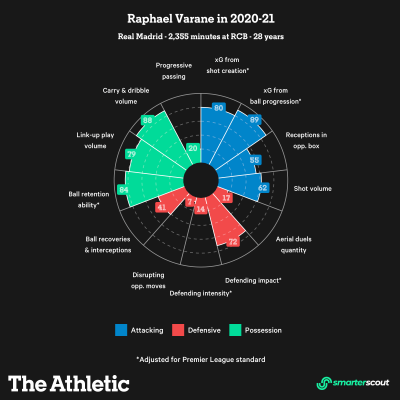 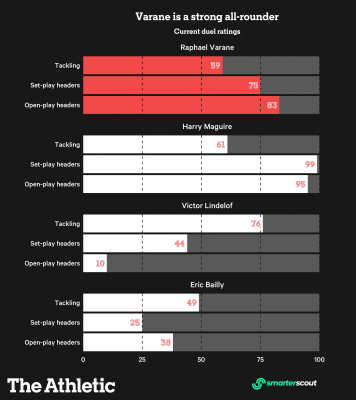 The Peoples Person also covered how Varane’s potential transfer to Manchester United has been given a boost, following news he wants out of Real Madrid.

Having two ball-playing defenders will definitely give Solskjaer an advantage but what will be more important is making sure the chosen pair complement each other well.

Varane is a rather complete defender however and it would be strange if he and Maguire are unable to work together.

After all, Victor Lindelof is a decent centre-back and has played well for Sweden in the Euros so far but it’s because he and the talented Englishman are not in sync that he could lose his place in the starting XI.

With Marcus Rashford yet to put pen to...