Manchester United have been strongly linked with some high-quality signings this summer.

With Jadon Sancho on the cusp of making his long-overdue transfer from Borussia Dortmund and rumours swirling around interest in Raphael Varane and Eduardo Camavinga, it appears that Ole Gunnar Solskjaer could get the ammunition he needs for a genuine title tilt.

Before we go any further: a brief, necessary disclaimer. It would be foolhardy in the extreme to assume that United will break the age-old habit of fumbling the ball this summer.

Fans have been burnt too often to get carried away by speculation alone.

However, should the club get everything right and snare their ambitious reputed targets, how would these new pieces fit together?

Let’s throw caution to the wind then and take a look at how this new-look United could line up next season: 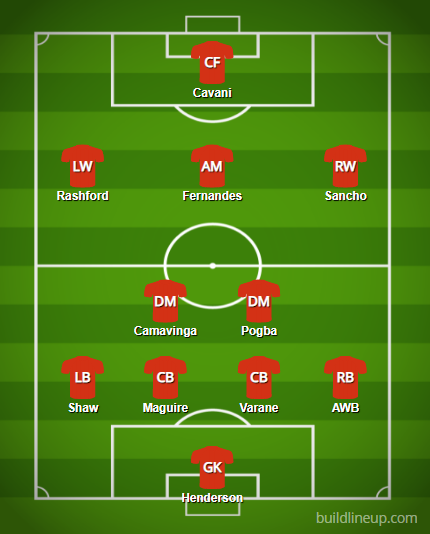 Solskjaer’s go-to formation looks like this. The defence looks solid and the attacking players could switch positions, meaning Sancho, Bruno Fernandes and Marcus Rashford could all pop up in different areas, making the side much less predictable.

Sancho’s arrival would ensure that attacks start to come from both sides, rather than being concentrated down the left flank, as was often the case last season.

Potentially great going forward then, but a lot would depend upon Camavinga and Paul Pogba showing positional discipline.

It’s a particularly big ask for the inexperienced player and one that would likely take time and patience to fully realise. 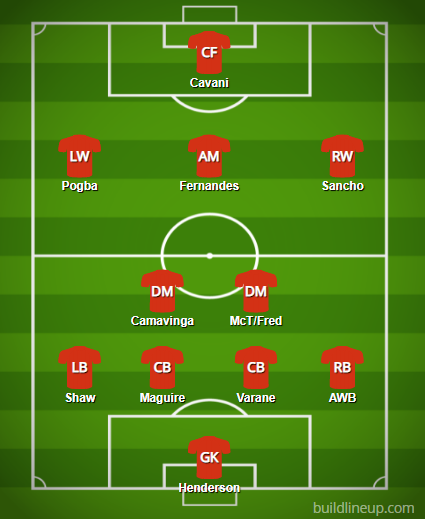 Bringing Scott McTominay or Fred into the side gives the midfield a more solid look. This means moving Pogba out to the left, where he’s excelled a few times, or giving him a break and playing Rashford.

It could also lead to Sancho starting on the left with Mason Greenwood playing from the right and drifting infield.

There’s no shortage of options. 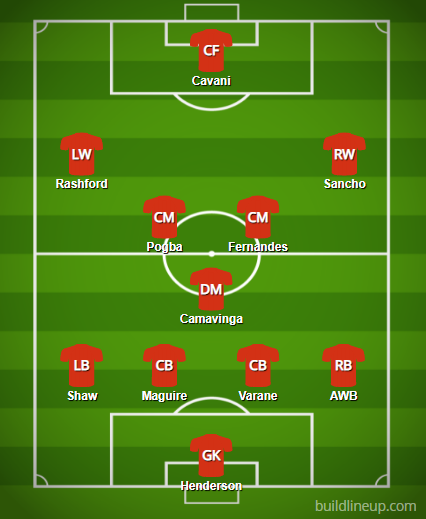 Against defensive opponents, Solskjaer would have the tools to switch to a more attacking 4-3-3.

The midfield has real quality with the trade-off being Fernandes getting less time in advanced positions.

The Portuguese talisman would still have license to get forward but would need to avoid over-committing and leaving the defence exposed.

Again, Camavinga would need to quickly develop his positional awareness, to help plug any gaps left by attacking runs from United’s full backs.

If the midfield stayed deep, you could expect to see Sancho drift into the space behind the striker, with Aaron Wan-Bissaka providing overlaps in the wide-open spaces left behind. 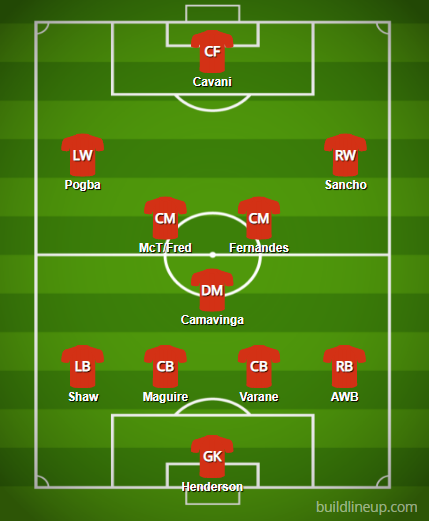 A slightly less gung-ho tweak of the same formation. Again, the midfield looks more solid with one of Mctominay or Fred dropped in there, which would allow Fernandes more opportunities to supplement attacks.

Pogba or Sancho could drift infield or switch flanks entirely, with full-backs attacking the spaces and creating overloads.

Although there have also been murmurings about a possible 3-5-2, with Wan-Bissaka moved to the right of a back three, it’s more likely that Solskjaer would stick with his tried and trusted 4-2-3-1 or go for a more expansive 4-3-3.

The main takeaway here is the variety of options that the three signings would provide. With the likes of Cavani, Sancho, Rashford, Greenwood, James and Martial all vying for the forward places, there’s a plethora of attacking talent.

It would be reasonable to expect that both formation and personnel could be switched depending on the opponent and player fitness.

The possibilities are deliciously enticing.

Manchester United have had an underwheliming transfer window...