Manchester United are closing in on a sensational £25 million deal for Stade Rennes’ Eduardo Camavinga, but why is the 18-year-old in so much demand?

Valued by Rennes at €60 million a year ago aged just 17 and coveted by both Real Madrid and PSG, Camavinga could now be available for half of that amount according to transfer guru Fabrizio Romano, as we reported earlier today.

But who is Eduardo Camavinga? United fans who do not follow Ligue 1 closely may not have seen him in action very often.

Nicknamed ‘Tacklevinga’, the starlet has the potential to become the complete midfielder. A left-footer, but used to playing on the right of a three, he can play as a holding midfielder, box-to-box or as a deep-lying playmaker.

This means, as this TIFO video says, the Angola-born star has the ability to become United’s Kante, or their next Pogba, or a combination of the two and more. 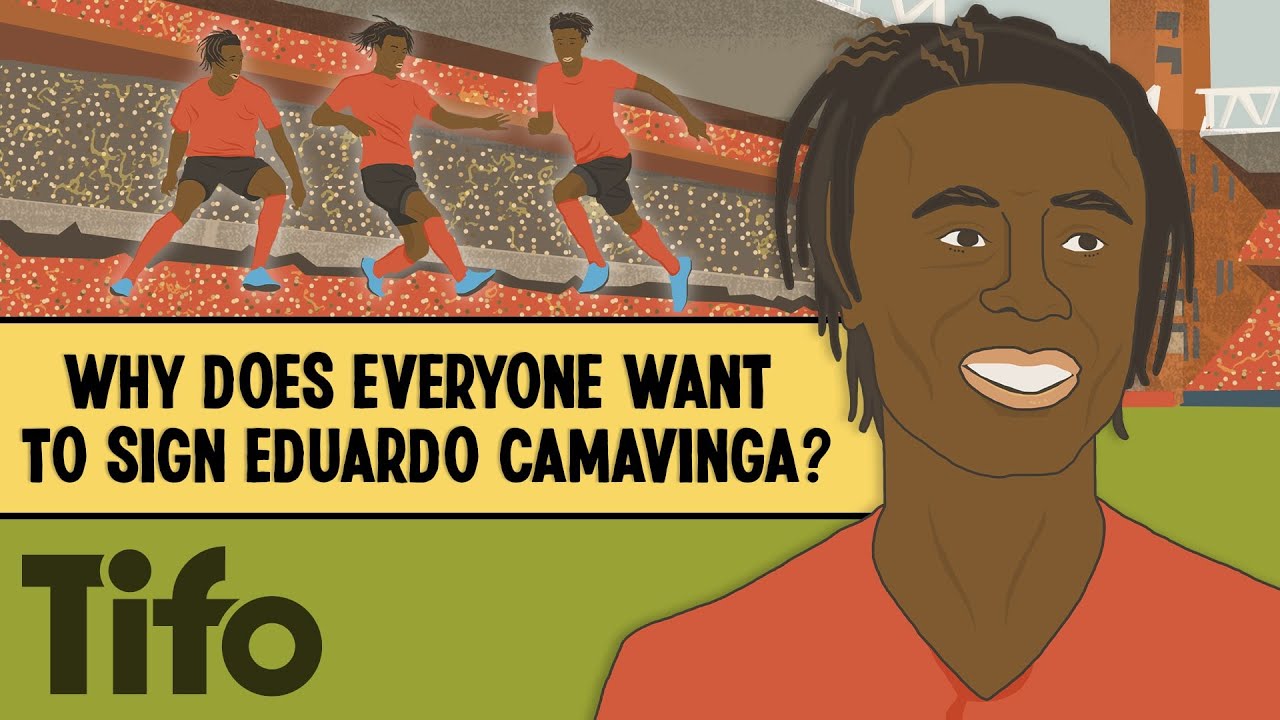 The fact that Camavinga is fairly tall and strong at such a young age has been a huge advantage to his development but he is also known to be strong mentally and mature beyond his years.

United’s own Paul Pogba spoke glowingly about his compatriot after he scored his first goal for France in October 2020.

‘It is a pleasure to see him don the [France] shirt,’ Pogba said (via The Mail).

‘To score after his first start [against Ukraine in a friendly], that is honestly wonderful.

‘He is very at ease, he is a little dancer. He makes me think a bit about me. He is not a timid person. It is good, because he is confident. He has confidence in his qualities. He is a very good youngster, I like him enormously.’

A quick look at his scouting videos shows exactly what all the fuss is about.