Manchester United’s Bruno Fernandes has been ranked the fifth most valuable player in world football by the new KPMG Football Benchmark report, with teammate Marcus Rashford just behind him.

According to Portuguese news outlet A Bola, the KPMG report now ranks Fernandes as fifth in the world. 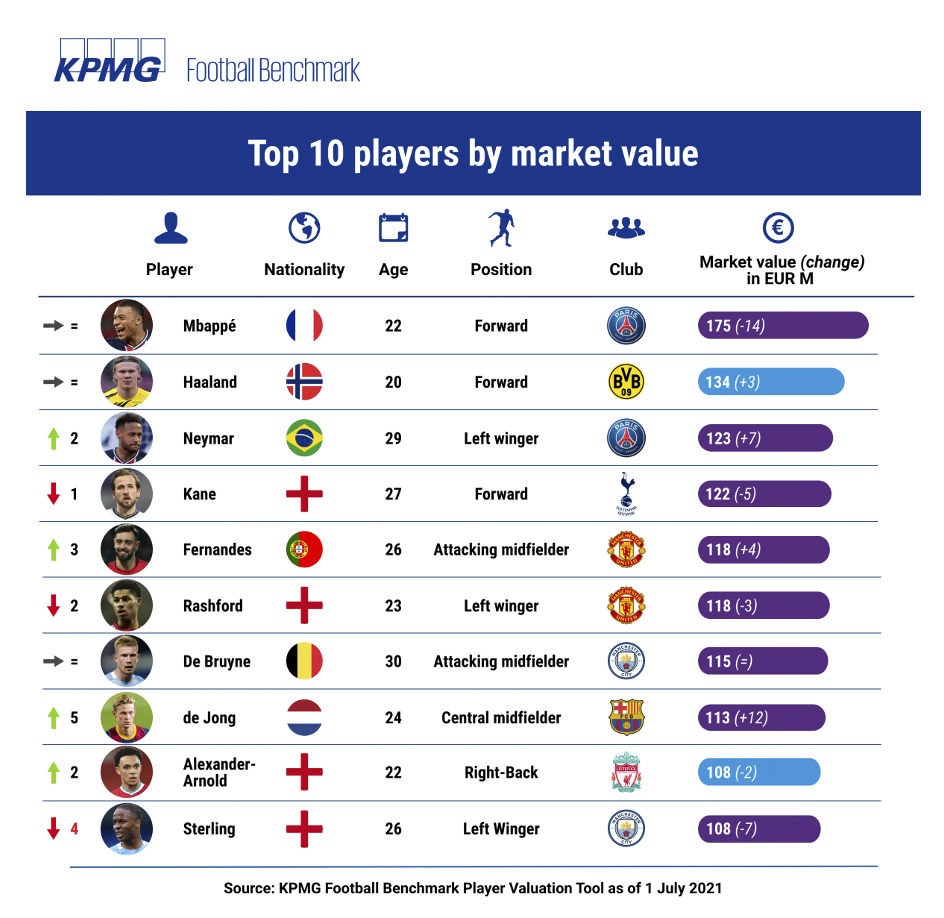 Sir Matt Busby Player Of The Year 2020-21, Fernandes has had a stellar impact since joining Manchester United.

The Portuguese playmaker registered an impressive tally of 28 goals and 17 assists in all competitions last season, propelling the Red Devils to a second-place finish in the Premier League.

Fernandes has been a catalyst to Ole Gunnar Solskjaer’s side and leads by example.

The 26-year-old is valued at €118 million by KPMG, €4 million more than the consultant’s last assessment in April.

“Although the football industry is gradually moving towards normality, and with the most valuable players in the world involved in continental competitions, most players have not yet reached the market value they had before the pandemic”, stresses KPMG.

As stated by Fabrizio Romano, United have opened talks to offer Fernandes a new long-term contract.

The Portuguese will be a vital cog in Solskjaer’s plans for next season. If he continues to perform consistently, one can surely expect his value to rise even further.

Rashford, despite a drop in valuation of €3 million, is also rated at €118 million.

FC Barcelona’s Frankie De Jong rose five positions between April and July and currently sits eighth in the ranking, with a valuation of €113 million.

Neymar climbed two positions in the same ranking and is now in third place with a valuation of €123 million.

French striker Kylian Mbappe suffered the biggest devaluation from all the players in the top ten. The 22-year-old is now valued at €175 million, €14 million less than in KPMG’s last assessment.

The Frenchman, however, remains the most valuable player in the world.