There’s little doubt that, in doing their business quickly, Manchester United have already had what appears to be a successful transfer window.

With Jadon Sancho signed and Raphael Varane imminent, the focus has already begun to shift towards the next likely arrival.

It’s been widely reported that United are in the market for a new midfielder, with Wolves’ Ruben Neves thought to feature prominently on Ole Gunnar Solskjaer‘s wishlist.

Tifo has presented an interesting analysis of Neves, as they question whether the Wolves ace has the characteristics to help take an emerging Red Devils to the next level. 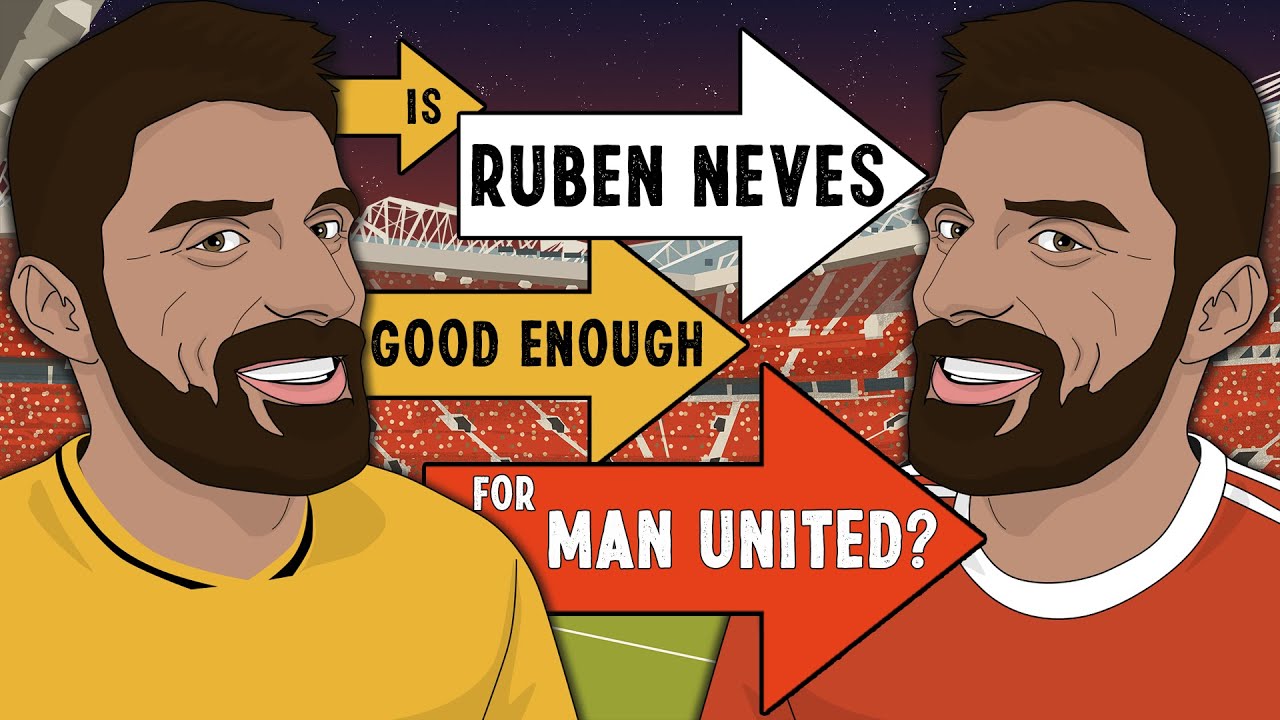 Neves is seen as a player who could slot seamlessly into Solslkaer’s tried-and-trusted 4-2-3-1 formation. His defensive stats are broadly comparable with Fred’s, so it seems that the Brazilian would be most likely to make way.

However, there’s been speculation that Solskjaer is moving towards a more progressive 4-3-3 next term, and Neves appears to be the perfect No.6 for that system.

In fact, it’s possible that the Wolves star could put an end to two of the most divisive features of the current iteration of Manchester United.

Firstly, he would break up the Scott McTominay / Fred axis, replacing one of two players who, despite bringing plenty of vim and vigour, lack creativity and craft.

Secondly, as the base of the 4-3-3, Neves’ excellent long-range passing could transform the current side’s ability to break down compact defences.

Last season the Reds often appeared static, which gave the impression that they didn’t have the guile or speed of play to break down a well-organised back four.

Tifo suggests that, with Neves ability to switch play and quicken the tempo, United would find it easier to move defenders out of position, unsettling even the most resilient of rear guards.

In short, the midfielder could add a completely different dimension to the somewhat limited ‘McFred’.

His versatility means he would be just as comfortable sparking rapid counter attacks with balls out wide as he would probing for holes within a possession-based system.

The 24-year-old can push up and join in with the attacking phase, while also being adept at seizing upon loose balls around the opposition penalty box.

He also does the defensive stuff well and, statistically, is said to be behind only pure DMs such as Yves Bissouma and Wilfried Ndidi. However, the obvious trade-off is that those two don’t have anything like Neves’ passing ability.

The Portuguese could effectively become United’s 3rd play maker – after assist-kings Bruno Fernandes and Luke Shaw – so could give the side a broader attacking threat.

All things considered, there are relatively few signings who can have a transformative impact upon a new club, but Neves seems to have the tools to do just that.

And, after appearing to stagnate in the Midlands, it could be the kind of move that revitalises the player and helps turn those dour Old Trafford draws into vital victories.

He might not generate the same glitzy headlines as someone like Sancho, but everything seems to suggest that the Wolves man would be an equally crucial piece in a potentially title-winning outfit.