Manchester United’s summer transfer business was almost certainly the best for many seasons and the squad is now probably the strongest it has been since the peak of Sir Alex Ferguson’s reign.

In fact, it could be argued that it is the strongest United squad ever assembled.

Every fan will have his or her own opinion as to who belongs in United’s best starting line-up now, but let’s say it looks something like this: 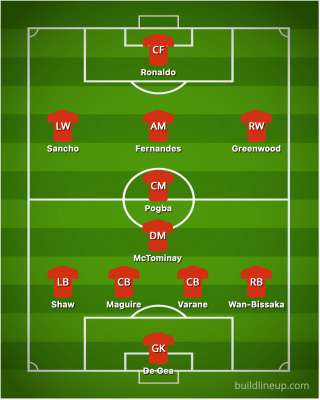 It is quite a line-up.

The only non-full international in this side is Aaron Wan-Bissaka, who has played for both DR Congo and England at under-20 and under-21 levels, respectively, and who will reportedly officially switch allegiances to Congo and make his debut in the near future.

A second United line-up reveals an almost equally strong side, made up entirely of internationals: 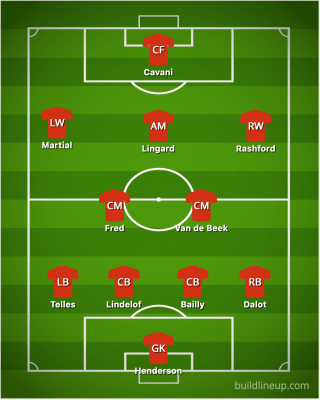 Dean Henderson is the least experienced internationally, with one England cap. Diogo Dalot made his full debut for Portugal in Euro 2020, where he played twice.

At the other extreme, 34-year-old Edinson Cavani boasts 123 caps for Uruguay and Victor Lindelof and Marcus Rashford have 46 caps for Sweden and England, respectively.

The ‘second string’ XI is an impressive side that would be capable of beating any side on its day. That squad strength is exciting.

There are other full internationals who do not even make it into these teams. Hannibal Mejbri has already notched up three caps for Tunisia, Amad Diallo has also played three times for the Ivory Coast and although retired from international duty, Nemanja Matic and Juan Mata have 48 and 41 caps from Serbia and Spain, respectively.

Mata would surely have had a lot more had he not been a contemporary of the great Andres Iniesta.

There is also Phil Jones, who has 27 full England caps.

Whilst some still argue that United are short in midfield, any squad that includes 26 full internationals has to be considered a force and the pressure now is surely on manager Ole Gunnar Solskjaer to deliver silverware this season with his star-studded cast.