Paul Pogba gave a rousing half-time speech to his France teammates during the Nations League final against Spain.

France struggled in the first half and were lucky to go in level, with Spain enjoying 64% of the possession and running their opponents ragged.

Pogba is recorded saying ‘We’ve got to be aggressive, we win the ball back and get it forward.

‘Once we’ve got the ball, we need to keep it.

‘Let’s keep the ball and hurt them!’

The talk seemed to inspire the French to a better second half even though they were the first to concede in the 64th minute when Oyarzabal beat Loris with a coolly taken side footed shot into the right corner.

They went on to win the match 2-1 with goals from Benzema and Mbappe.

It is not the first time that the United man has given les Bleus a pep talk on the occasion of a big final.

He famously gave an impassioned talk in the dressing room ahead of the 2018 World Cup final against Argentina. 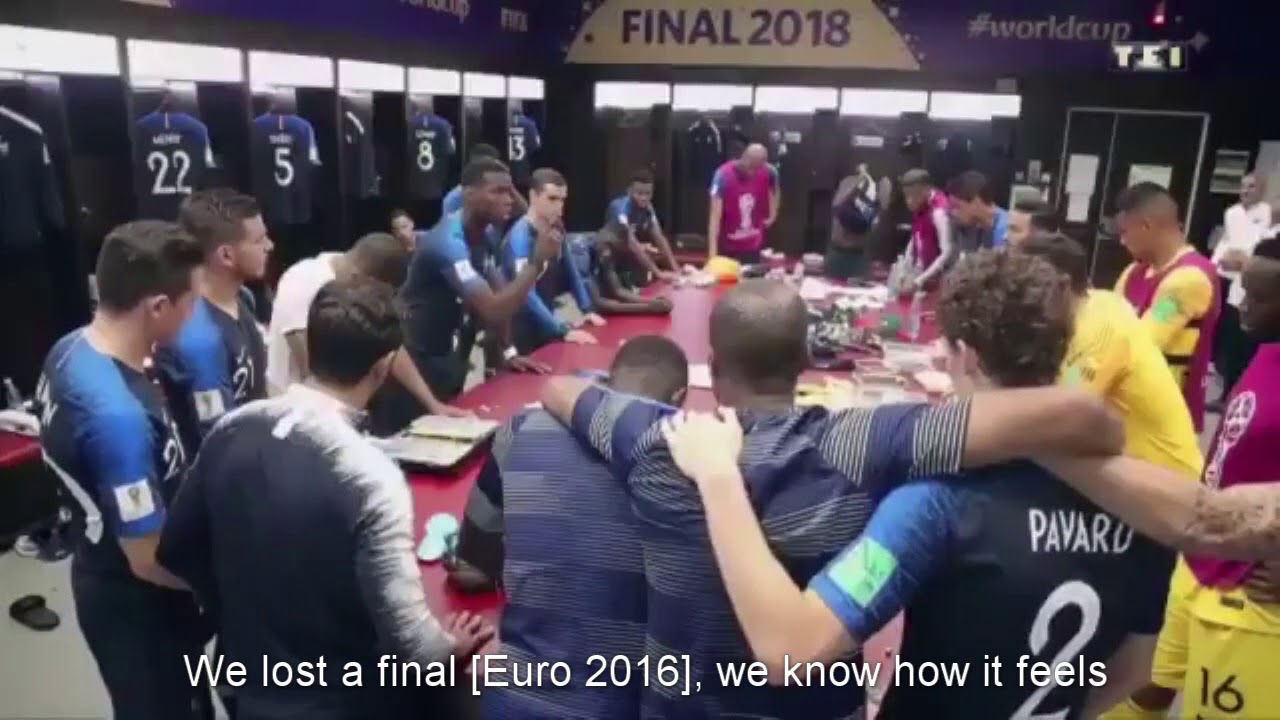 With cameras not allowed in the United dressing room, it is unknown whether he gives similar speeches to his club teammates.

The Sun reported this week that in fact Cristiano Ronaldo and Bruno Fernandes did so at half-time on Wednesday when the Red Devils were losing 2-0 to Atalanta in the Champions League.