Home » Video: Erling Haaland waves to fans as director admits to not knowing if he is leaving

Video: Erling Haaland waves to fans as director admits to not knowing if he is leaving

Borussia Dortmund director Michael Zorc has admitted that star striker Erling Haaland could leave the club at the end of the season.

Manchester United lost out to Dortmund two years ago when the German side plucked him from Red Bull Salzburg, however the Old Trafford club have remained keen and are believed to be one of many chasing his signature.

And whilst it has been assumed by most that Haaland could move on from the Bundesliga side at the end of the season, a strange incident at the end of his side’s unremarkable win over Greuther Furth on Wednesday night saw him go to all four sides of the ground to applaud and wave to fans.

As can be seen in the video below, it seemed like an emotional farewell from the Norwegian, fuelling speculation that he could be leaving the club in the January transfer window. 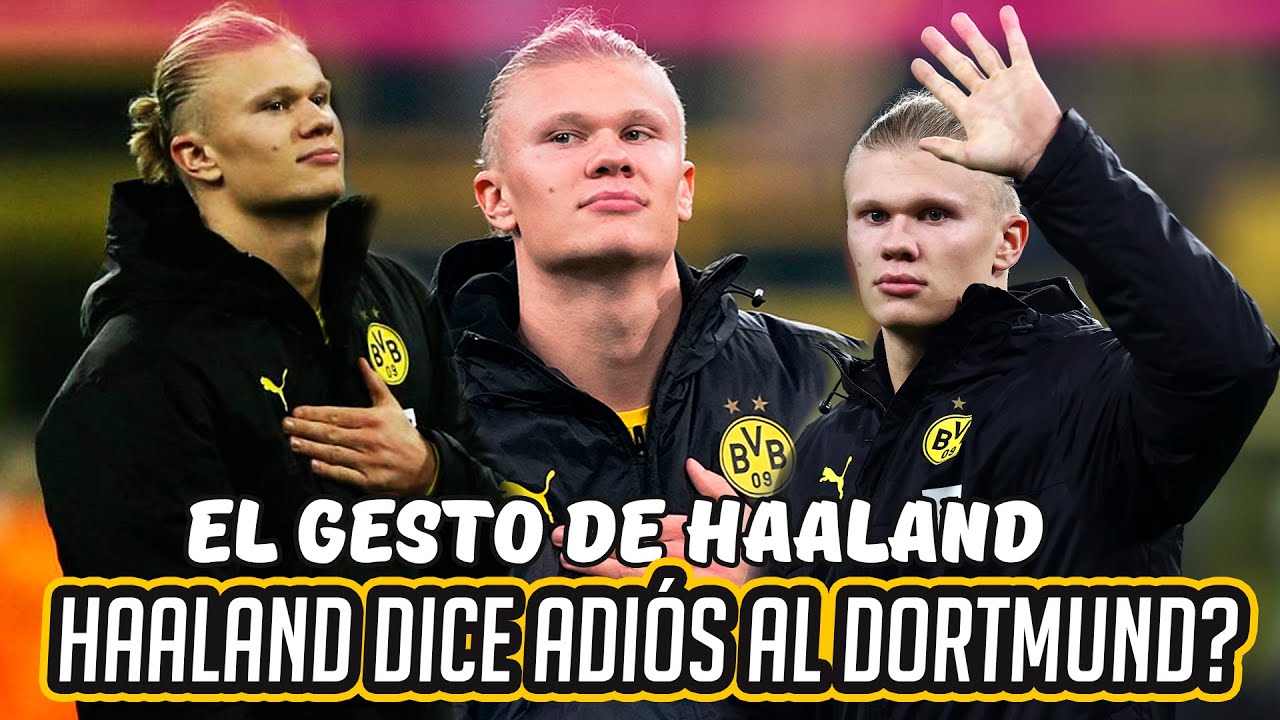 And transfer guru Fabrizio Romano was quick to note the development in the situation, tweeting ‘Borussia Dortmund director Zorc on Erling Haaland’s future: “We’d like Haaland to stay. We don’t have to give him up – not even for economic reasons”, he told Sky.’

Borussia Dortmund director Zorc on Erling Haaland’s future: “We’d like Haaland to stay. We don't have to give him up – not even for economic reasons”, he told Sky 🟡🇳🇴 #BVB

“We also know that under certain conditions Erling has the opportunity to leave” he added. @ReshadRahman_

Romano was referring to an interview with Sky Germany, in which BVB’s Michael Zorc was asked what Haaland’s post-match actions were about.

Zorc responded ‘I also saw the pictures and that looked a bit strange.

‘I asked him what was behind it and he answered “Nothing at all”.

‘Of course he will definitely stay.’

Nonetheless, the director admitted that Dortmund’s stay of execution is likely to be brief, with the 21-year-old expected to be the subject of a fierce battle in the summer once a reported £64 million release clause comes into effect.

‘Of course we would like him to stay in Dortmund over the summer … but we also know that under certain conditions he has the opportunity to switch and we will certainly have talks with him in the next few weeks.’

‘We have a long-term contract with him, so he has to take action first and not us. Everything would be cool for us if it stayed that way.’

Real Madrid, Barcelona, Bayern Munich, Manchester City, Chelsea and Liverpool have also all been linked with interest in the prolific young striker, who has scored 19 goals in 15 games this season and has notched 76 goals and 20 assists in 74 games for BVB since joining.

Manchester United linked with a move for Morocco...

Donny van de Beek could be key to...