And whilst Haaland has become almost a household name in recent years and Vlahovic is well-established now in Italy, interest in the River Plate forward has started to peak on this side of the pond just recently.

But what is interesting about Alvarez as we approach the opening of the January transfer window is that the Argentine Primera Division has recently ended and will not restart for several months.

This means that a midseason move for the prolific 21-year-old will not impact the selling club’s season, but could provide a massive boost for the buying club.

‘Several giants … have already shown some interest in signing him: in addition to Juventus, Milan, Inter, Bayer Leverkusen and Barcelona … in recent weeks calls were added from Manchester United, Bayern Munich and Atlético Madrid,’ Olé reports.

It is easy to see why Alvarez is attracting so much attention. The Argentinian scored 18 goals and provided nine assists in 21 league games for River this season. 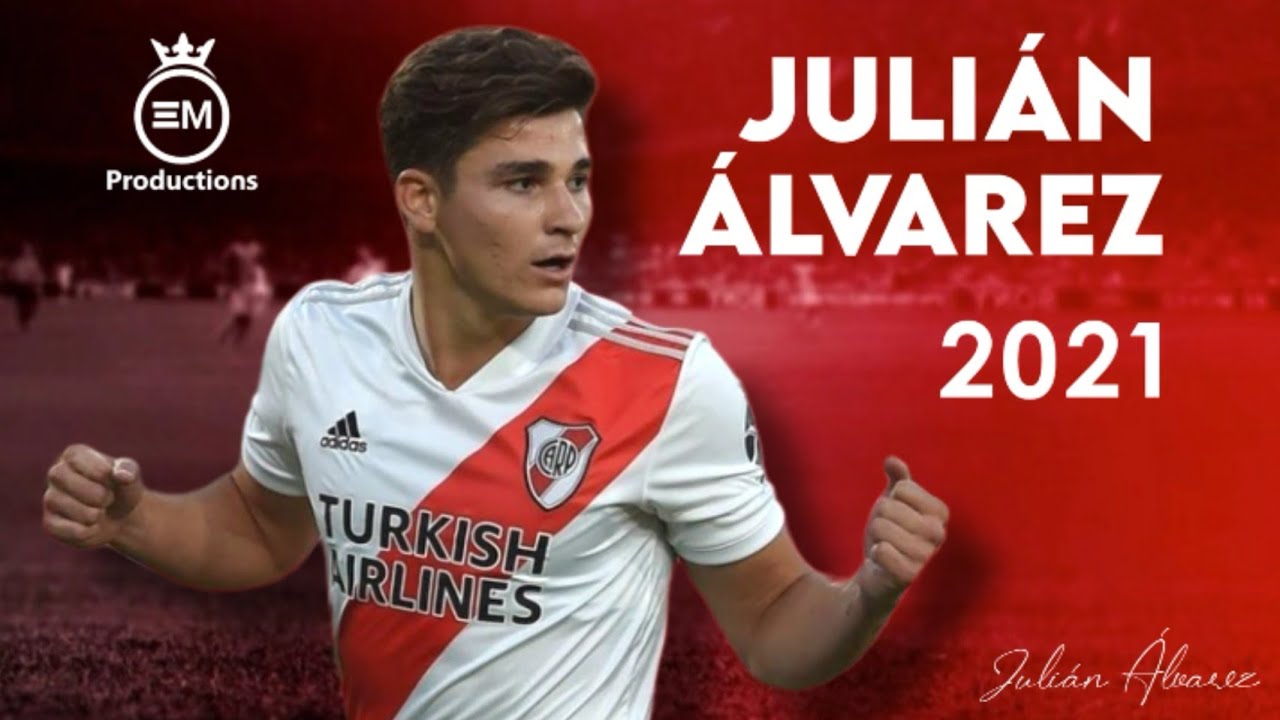 Scouting videos such as the one above naturally show the best of any player, but this one shows that Alvarez has the full package, being able to score inside and outside of the box, with left or right foot, possessing an incredibly powerful shot, an eye for a pass, speed, dribbling skills and versatility to play across the front line.

What could cause competition for his signature to explode in January is the release clause in his contract, which currently stands at €20 million but rises to €25 million in the last week of the transfer window.

Olé reports that the player himself has remained coy on the subject of a transfer, saying recently ‘I don’t know what will happen … In January we will see if I start preseason or if something else happens (…) When making the decision I will choose what’s best for me.’

The article also points out that many of the clubs reportedly interested in the striker are struggling financially and may not be able to meet even the lowly €20 million (£17m) figure: Juventus and Barcelona, for example, are in a difficult position.

Meanwhile, Inter have distanced themselves from the Argentine, insisting that his countryman Lautaro Martinez is happy at the club and not about to leave, despite interest from the Premier League.

United are expected to focus on outgoing transfers in this window and if there are to be any arrivals, a defensive midfielder is said to be the priority. But at £17 million, the Red Devils might be forced to come in for Alvarez if another club makes a move early, rather than risk another January 2020 Haaland-type situation.

Aston Villa is one club reported to be poised to make such a move.