The fans had congregated near Arnold’s house yesterday to conduct a peaceful protest, but the newly-installed executive diffused the situation by taking some for a drink at a local pub.

Arnold appeared open and frank, describing the club as having “f—ing burned through cash” and labelling last season as a “f—ing nightmare”, saying “I was hating every game”.

He also said that there is no transfer kitty limit as such and that the owners would buy any player that the director of football, John Murtough, and manager Erik ten Hag want.

There was also a dig at Ed Woodward, the former executive vice chairman who left the club following the European Super League collapse.

“Do you want me buying the players? Doesn’t that ring a bell?” he said to the fans, hinting that Woodward meddled in football matters rather than just running the club.

The Mirror reports parts of the conversation that do not appear on the video, where it is claimed Arnold said that in regard to dressing room leaks and unrest last season, “the two sources of the leaks have now left the club.”

No names were mentioned.

The Mirror also quotes one of the fans as saying Arnold ” said Murtough is working from 6 in the morning til 10 at night trying to get the [Frenkie] De Jong deal done. There’s £200m for transfers. He wouldn’t let any other targets slip.”

The sensational video has split fans on social media. Some believe it is a breath of fresh air and admire Arnold for looking his detractors in the eye and having an honest conversation. Others claim it was a deliberate stunt to garner sympathy and dissuade fans from protesting and boycotting sponsors.

It is certainly true that Arnold’s message seemed to be that the Glazers will let the football people at the club sign whoever they want but fans need to stop protesting and boycotting sponsors if the club is going to be able to keep up the spending in the future.

It also seems true that there was not a single word of criticism of the owners, nor much listening to the fans, suggesting that what he had to say was to some extent pre-meditated.

You can see the video below, or read the full transcript beneath. 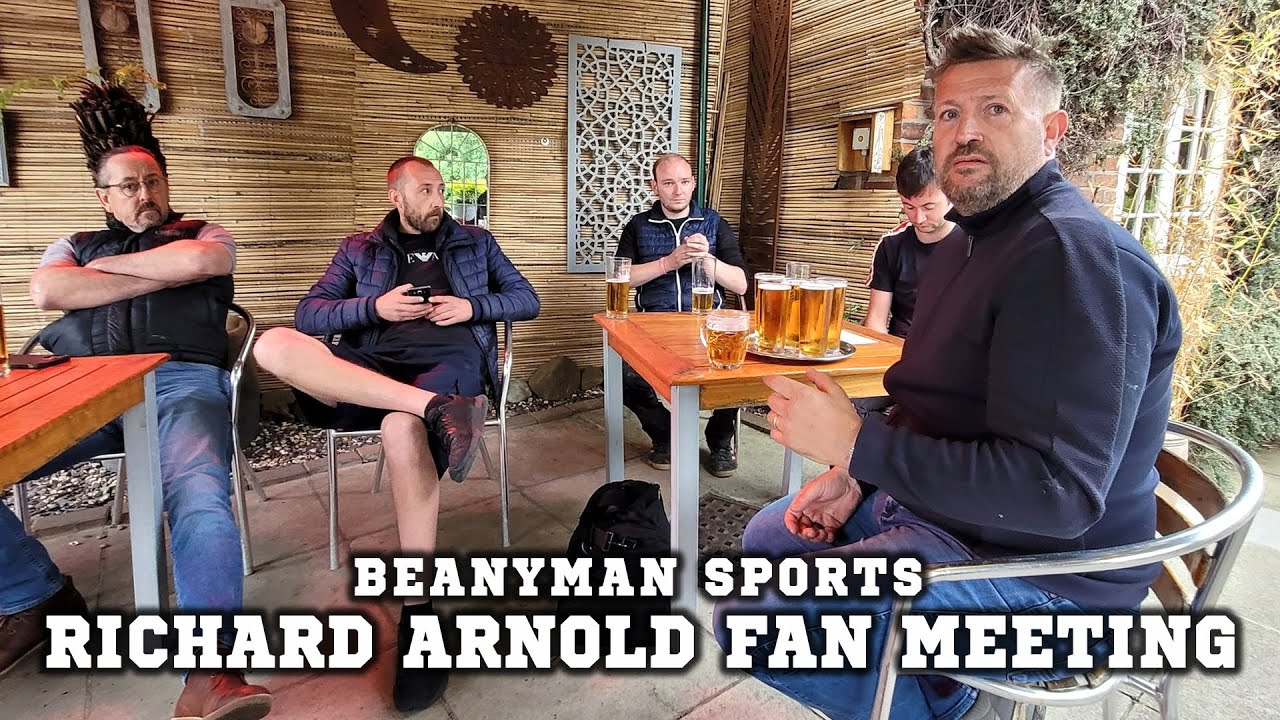 The full transcript of the video:

Arnold: “We spent a billion pound on players, that was last summer, we’re spending more than anyone in Europe.

“I believe I’m not thrilled about where we are. It doesn’t sit easy, I worry where we got to get this sorted for the future, but…

“What’s happened is we f—ing burned through cash on … you can’t go, I can’t go to our training and ground and say, ‘show me where that billion pound is’.

“Because I don’t think we’ve done well with the money we’ve spent historically.

“I’m not here to defend Joel [Glazer, majority shareholder], he must speak for himself.

“I want to talk to you, you’ve taken the time to come here to make your views known, I respect that.

“We’ve blown through an enormous amount of money. For this summer, the money that the manager and the director of football want is there, right.

“For the future, for investing in a new stadium and that sort of stuff, to do a latest and greatest 250 million training ground, we’ve got to do something, we’ve got to get investors in.

“I need that to do what I want from the club. I’ve got to have more cash than I’ve got now.

“Because a new stadium, no club in the world has the money to build a new stadium without getting it from somewhere. You either borrow it or someone invests it, right?

“So the money’s got to come from somewhere. And you may not like our current owners, I get that, but if you want someone else to come in, they have to look and say, OK, the fans love the club, they love the team, it’s positive, because the other bit is, look at that last year. Last year was a f—ing nightmare.

“It was a nightmare, I was hating every game.

“There was a couple of things, one, the protests. Protest to me, it’s my job, I can take it. I should take it. Protest to the owners.

Arnold “But is it really? You know what it was like in 2005, the pressure put on the owners not to buy the club, but they bought the club anyway, so if you want to think of them that way, they’re rock hard.

Arnold: “It’s not that they don’t care, they’re not frightened of people

Fan: “And the clubs in America, they treat them totally different to this club”

Arnold: “And this is the bit where, what’s my job as CEO. Make sure John [Mutrough, direcot of football] does his job on football. Get some f—ing players in. Money’s there, OK? Get on with it John.”

There is a break in the recording at this point.

Arnold: “… most unpopular thing, so I’m honest, I don’t tell lies, I do respect your passion but I need some help from you to be honest. I can’t do it all.”

Fan: “in what way? You mean like not protesting?’

Arnold: “This sounds self-serving, right, we’ve not bottled you protesting, I love the passion of the fans.

“The other thing we did, and I’m gonna tell you this is, we said, any team who’s in the country who doesn’t give our away fans our 3,000, we’re gonna reciprocate, you can put that up on your [inaudible], and we’ve got full allocations at every stadium.

“You know our away fans are lively, my kids go to away games, they’re lively, and ..”

Fan: “Our away fans are the best you can get …”

Arnold: “It’s just been horrible, right. I’ve never heard … performances … you look at it and say, a lot of our players are young, they’re young lads, they came back after a torrid time at the Euros, Rashford, Sancho, the abuse they got after the Euros, they’ve come back for the new season, the crowd were on them.

“I’m not surprised their confidence has gone.

“For me, I want to put us back together as a club, so we’re all solid, to be successful.

“I’m going to do my bit to make sure the money’s there, that’s all I can do. I’ll talk to any fan. I’ll answer every email.

“I can’t make you do anything, carry on letting people protest, we’re going to have to stop the flares because if someone gets hurt because of that …”

There is a break in the recording at this point.

Arnold: “Money is not a consideration in who we want. It’s if the manager wants him, they’ve actually done the work on looking if he’s a great player, and again is it 100, is it 200, get who you f—ing want.”

Arnold “There again, should you not … do you want me buying the players? Doesn’t that ring a bell?”