Christian Eriksen has signed for Manchester United and there is now the small matter of how Erik ten Hag gets him in the team.

Throughout his career, the Dane has often played as an attacking midfielder, be it as a number ten or off either wing.

Arguably some of his best work has come playing off the right, as he did during Tottenham Hotspur’s 2016/2017 campaign, in which they finished second in the Premier League.

In that system, Dele Ali pushed up from the number ten position to support Harry Kane, leaving space in front of the opposition defence for Eriksen to roam into.

This allowed him to support their combative midfield pairing of Dier and Dembele in possession.

Eriksen finished that season with eight goals and fifteen assists from 36 Premier League appearances, and one could see him used in a similar fashion at United.

Many of his new teammates have similar profiles to that Spurs setup, with Fernandes liking to push up in support of the striker, and McTominay and Fred a midfield pairing that could use the technical support.

Midway through Ole Gunnar Solskjaer’s tenure, Juan Mata actually had a run of games played off the right for precisely the purpose of supporting that duo, although United lacked a quality number ten at the time, with Andreas Perreira and Jesse Lingard sharing the minutes behind the striker for much of that season.

In any case, this Manchester United team can rely on Jadon Sancho on the right wing and Ten Hag usually likes his wingers to be able to stretch the play and take defenders on, so while Eriksen does offer an option there it is unlikely that his most common position will be wide.

There may also be games where Eriksen plays directly behind the striker, although with Bruno Fernandes first choice for that role, and it also being Donny van de Beek’s best position, United would not have signed the Denmark international with the intention of playing there regularly.

The People’s Person previously took a look at how all three attacking midfielders could fit in the same line-up.

There is also the player’s own development to consider.

Eriksen has always been a hard worker off the ball, having been schooled as an Ajax attacking midfielder in his formative years.

However, even before his cardiac arrest in the Euros, there were signs that he was becoming more of a deep midfielder.

Tottenham used him in a double pivot as far back as 2016, next to Wanyama or Dembele in a 3-4-2-1, and when Antonio Conte signed him for Inter Milan, it seemed he wanted to use him as an eight as often as a ten.

In deeper positions, Eriksen’s ability to dictate the game by looking after the ball and finding raking through passes comes to the fore.

And even after his health troubles, the Dane has been a willing contributor to his team’s defensive efforts.

Only Vitaly Janelt and Christian Norgaard made more than Eriksen’s 13 tackles during his half-season at Brentford.

Eriksen is more than likely to get the majority of his starts playing in the same role that Lasse Schone once occupied for Erik ten Hag, only with higher quality.

Schone himself was a converted attacking midfielder with a penchant for set pieces before Ten Hag took him to a Champions League semi-final.

That role would become even more of a likelihood should Frenkie de Jong complete his move to Manchester United.

While De Jong, Eriksen and Fernandes together in midfield may look like too attacking a trio, as Ajax demonstrated under Ten Hag, a co-ordinated press with willing workers makes pure destroyer-type midfield players redundant.

In another article, we took a look at a possible permutation in a 4-3-3, although looking at it as a 4-2-3-1 would be equally viable.

And as Pep Guardiola’s Manchester City have shown, it is possible to defend in England by using the ball well, and Eriksen will certainly help the Red Devils achieve that.

As argued by TiFo in the following video, Eriksen’s capabilities as a progressive passer are something the United midfield is crying out for. 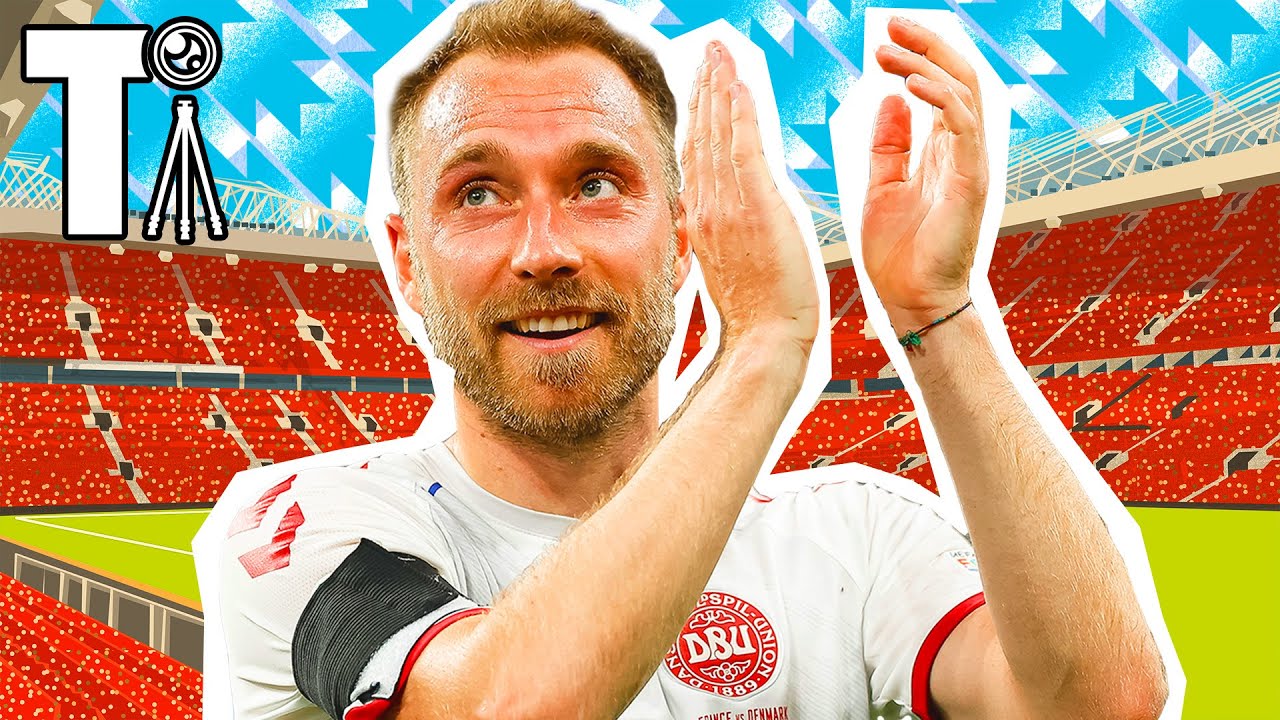 Looking at United’s set-up against Melbourne Victory, it was notable how much of their attack came down the right-hand side.

If Ten Hag’s plan is to switch McTominay out for Eriksen, then the prospect of Bruno Fernandes, Jadon Sancho and Christian Eriksen combining out on that flank is a tantalising one.