Portuguese also spoke of how Solskjaer helped him settle at United 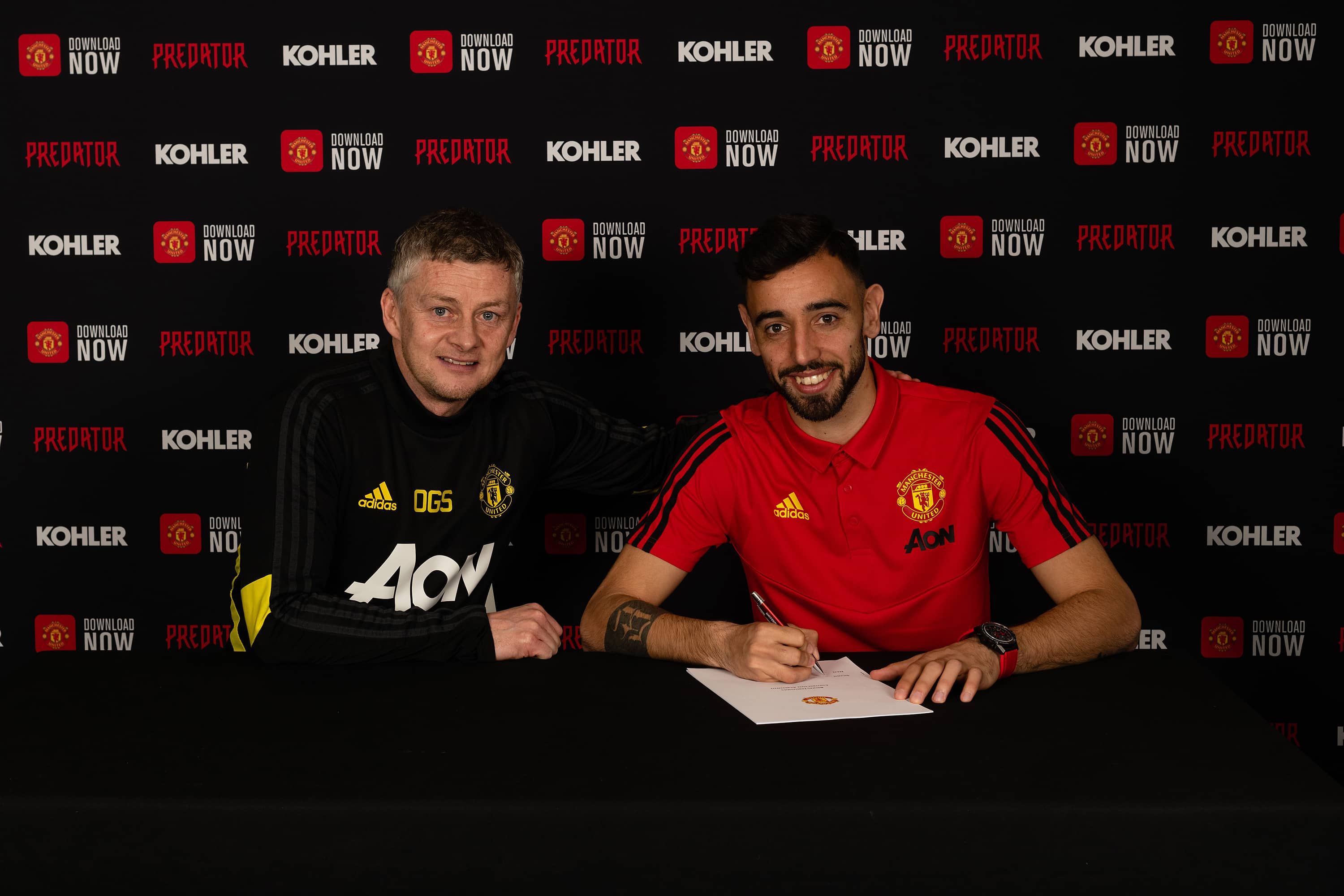 Manchester United midfielder Bruno Fernandes has opened up on a failed move to Tottenham that left him infuriated with his former club Sporting Lisbon.

Fernandes sat down exclusively with The Athletic’s Adam Crafton where he revealed that he was close to joining The Lilywhites, whose bid fell short of Sporting’s valuation of the player.

The playmaker told Crafton he really wanted a switch to the Premier League and it was former Spurs manager Mauricio Pochettino that was spearheading his pursuit.

After the bid from the North London club was rejected, Fernandes says, “The president (Frederico Varandas) spoke with me but he spoke with me on a wrong day. It was the day after they decided to refuse the offer from Tottenham and I was really angry.”

“Luckily for me, the manager (Marcel Keizer) was the right one at the right time.”

The 28-year-old eventually got his head down, deciding to do his best for the Portuguese club before getting his dream move to Old Trafford later on.

Former United boss Ole Gunnar Solskjaer and his assistant Mike Phelan went to watch Fernandes in action, and they came back impressed with they saw despite his side losing.

Fernandes recalls that Solskjaer told him he was impressed by his passion and personality on the pitch – the Norwegian followed up on his promise by materializing his interest in the player, who was brought an offer in January by his agent from what he describes as ‘the club of his dreams.’

On the exact reason why Solskjaer signed him, Fernandes remarks, “Ole was a big part of that because he actually went to see my games. He saw me moaning a lot in that game against Porto — I moaned a lot against their players, against the referees.”

He attributes his moaning as the primary reason why the 49-year-old brought him to England.

The United No. 8 also revealed that he was told by the manager that signed him to ‘be himself’ – something that would allow him to impose his leadership on his teammates in the dressing room and on the pitch.

Solskjaer certainly made many mistakes in his tenure in the dugout but signing Fernandes was not one of them. The player has been a revelation since joining the Red Devils and should the club return to its former glories, the Portuguese will have a big say in the matter.

The stats behind Lisandro Martinez’s quieting of critics...