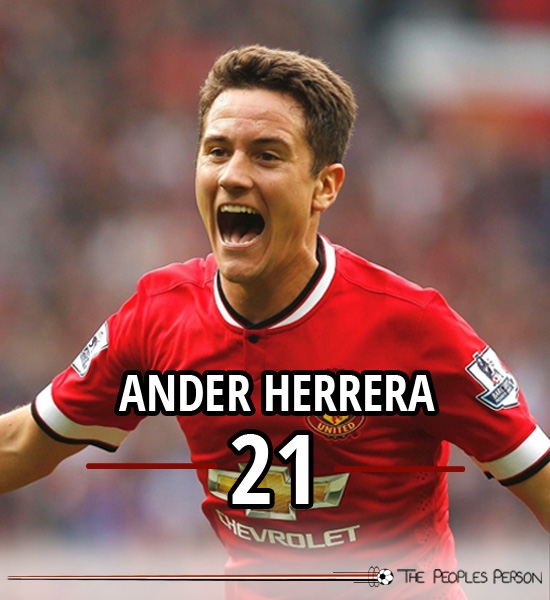 Ander Herrera was born in Bilbao but joined the Real Zaragoza’s academy in 2004. Four years later, after a brief spell with Real Zaragoza ‘B’, he broke into the first-team and contributed to the club’s promotion to La Liga.

The following season he became a key part of the Spanish side and it remained that way until his move to Athletic Bilbao in 2011.

Following his move to his boyhood club Bilbao, Herrera featured prominently for the Basque side and made 54 appearances in his first season alone. Two of those came against Manchester United in which he played a pivotal part in the elimination of Sir Alex Ferguson’s side from the UEFA Europa League.

In 2012/13 his reputation continued to grow and David Moyes attempted to bring him to Old Trafford on deadline day of the summer window but the proposed £24 million deal fell through and he remained in Spain.

A year later, United’s interest hadn’t dropped and after his buyout clause was met, Herrera completed his transfer to Manchester in the summer of 2014.

His first season under van Gaal has seen him become a fans’ favourite.

Yet to break into the senior Spanish national team, Herrera has played at U20, U21 and U23 youth levels. He is still held in high regard in Spain and there is a hope he will be called up to an already richly-talented senior side soon.