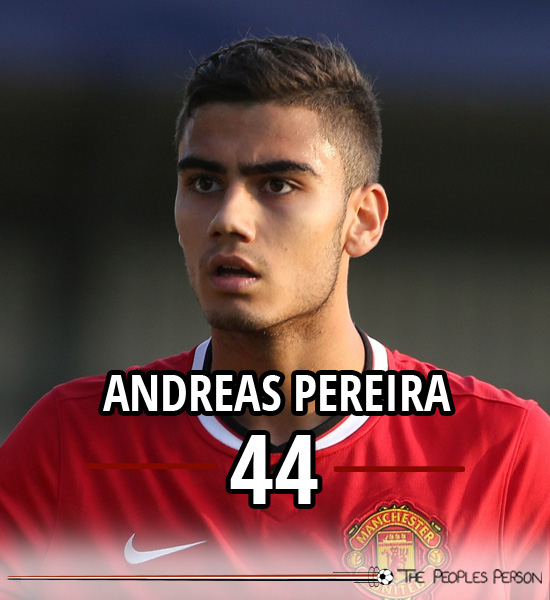 Andreas Pereira began his career at Lommel United before he moved to PSV Eindhoven in 2005 when he was nine.

In 2011, Pereira’s performance in the Manchester United Premier Cup brought him interest from several big English clubs, but a meeting with Sir Alex Ferguson convinced Pereira to sign for United.

Complications regarding international transfers meant that his move was delayed until his 16th birthday in 2012, and other complications meant his debut was pushed back until April 2012. His U18 debut came against Sheffield Wednesday and the game was abandoned just 35 minutes in due to heavy rain.

Pereira became a regular for the U18s in the 2012/13 season making 20 appearances and scoring five goals. He earned a few opportunities to play with the U21 side, and was given his first professional contract at 17.

Pereira made his senior debut in the 2014/15 season as a substitute in United’s League Cup match against MK Dons. His Premier League debut came against Tottenham as a substitute for Juan Mata.

Being born to Brazilian parents, Pereira had the choice to play for Belgium or Brazil at the international level. After initially choosing Belgium at the U17 and U18 levels, he has since received his first call up to Brazil’s U20 side.