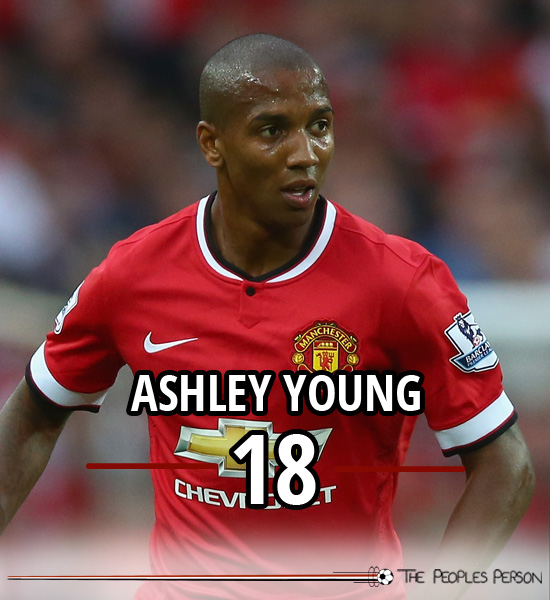 After being initially rejected by Watford’s academy, Ashley Young set out to improve and was eventually awarded a professional deal from the club at age 18. He then scored on his debut after coming on as a substitute against Millwall in September 2003.

Despite still being a teenager, Young was a key member of the Watford side as they struggled in the Championship during the 2004/5 season and earned the Young Player of the Season award.

The following term under new manager Aidy Boothroyd saw the winger flourish. He made 41 appearances and scored 15 goals as Watford earned promotion to the Premier League in May 2006.

In that season, Young scored three goals playing mainly as a left winger and was eventually snapped up by Martin O’Neill in the January transfer window for £9.75m, becoming Aston Villa’s record signing. He netted on his debut against Newcastle in late January 2007.

Young was named in the 2007/8 Premier League Team of the Season and was also rewarded with several individual awards during his time at Villa. He also received his first call-up to the England national team in 2007 at the age of 22.

After he impressed in pre-season, he made his debut away to West Brom in August 2011 and managed six goals and seven assists in 33 games during his first campaign as a United player.

However, Young failed to have the impact he would’ve liked in the following season as he was largely impeded by injury. He had to watch on from the sidelines as United eventually romped to their 20th league title under Sir Alex Ferguson.

In the following 2013/14 season, Young suffered at the hands of a Moyes regime that didn’t place emphasis on the swift, expansive style of football that allows him to thrive. Luckily for Young, Moyes was sacked less than a year after taking over.

After the subsequent arrival of Louis van Gaal at Man United, Young enjoyed a rebirth of sorts. Having been used in several positions, the winger grew in confidence under the Dutchman and made himself a very important player.