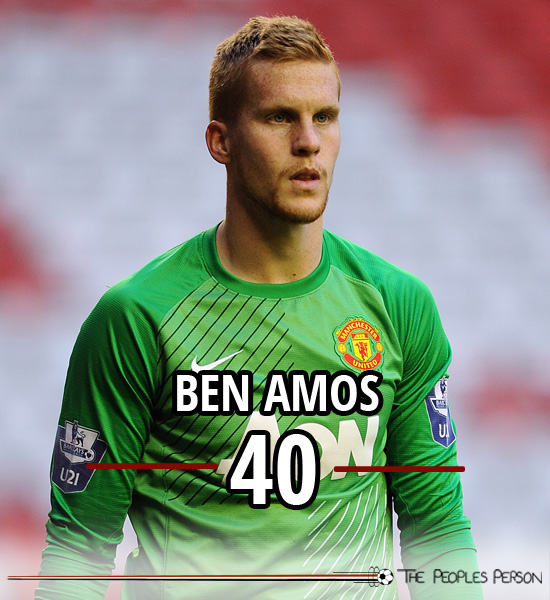 Ben Amos began his career at Crewe Alexandra and played for them until he was released aged ten and joined Manchester United aged 11.

Amos made his first appearance for the U18s in 2005 but didn’t become a regular starter until the following season. After two impressive seasons with the U18s, Amos earned a spot with the first-team on their 2008 summer tour of South Africa but didn’t play.

He made his competitive debut for United in 2008 in a League cup match against Middlesbrough.

In 2009, Amos joined Peterborough United on a month loan, and after his return to United, he was loaned to Molde FK for the end of the 2009/10 season.

Sir Alex Ferguson announced that after Ben Foster’s departure, Amos would be United’s third-choice goalkeeper for the 2010/11 season. However, with the arrival of Anders Lindegaard, Amos joined Oldham Athletic on loan in January for the remainder of the season.

After a spell with United, Amos joined Hull City on loan for the 2012/13 season but returned early in January after he played in 19 games for the club.

He spent a month in 2013 with Carlisle United, and retuned to United until his next loan, which came in 2015 for a month to Bolton Wanderers.

Amos has played for England at the youth levels and was called up to the U21s for a friendly against Iceland but was an unused substitute.