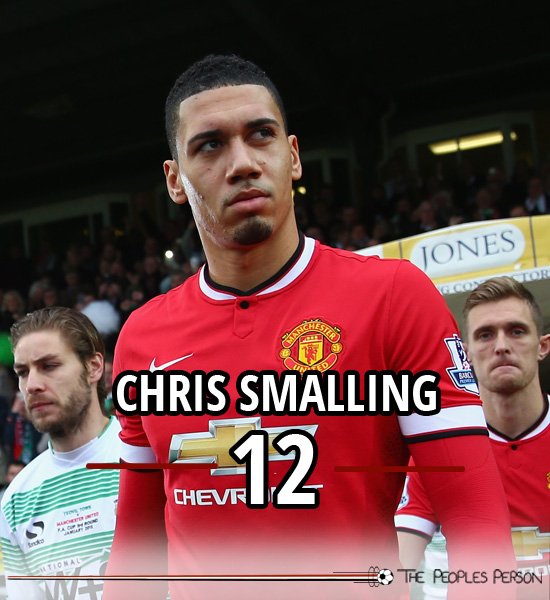 Chris Smalling progressed through Maidstone United’s academy and was offered a professional contract by the club in 2007 and became a first team player at the age of 18.

One year later, Smalling signed for Fulham where he made his debut in the final game of the 2008/9 season. The following season, Smalling saw more game time and helped the team to the 2010 Europa League final.

Following his great progress, Smalling earned himself a move to Old Trafford in 2010.

He was given plenty of chances to impress in his debut season, earning appearances in the League Cup as well as the Champions League. Smalling managed 33 appearances for United in his first campaign as an injury to Rio Ferdinand paved the way for Smalling to make his mark on the first team.

United went on to win the Premier League title in Smalling’s first season with the side, and his performances earned him a new five year contract going into his second term with United.

Smalling was sidelined for spells during the 2011/12 season with various problems. His last injury, a broken foot, also sidelined him for the Euro 2012s.

Smalling predominantly plays at centre-back for Manchester United, but has also demonstrated versatility by moving out to right-back on occasion.

On the international scene, he was called up by the England national team for the 2014 World Cup, making his finals debut against Costa Rica in a scoreless draw.

Having had a shaky start under Louis van Gaal following a red card in the Manchester derby, Smalling has progressed well and has started to look like a defender.