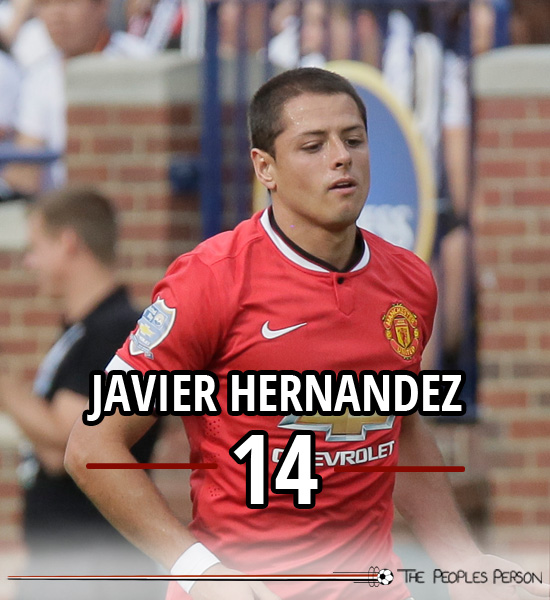 Javier Hernandez spent his youth career with Mexican side C.D Guadalajara and signed professional terms with them aged 15. Despite scoring on his debut against Necaxa in 2006, the Mexican had to wait two seasons for his next goal.

In 2008/9, he scored seven times in 32 games but it was in the following season where he made his impact. Hernandez scored an impressive 21 goals in 28 games in 2009/10 and made his debut for the Mexican national team that October.

Hernandez joined Manchester United in the summer of 2010. His first season was perhaps his most successful in England as he scored 20 goals in 45 games. His partnership with Wayne Rooney towards the end of 2010/11 helped the team to the Premier League title before losing to Barcelona in the Champions League final.

The following season was more frustrating for Hernandez as the emergence of Danny Welbeck restricted him to fewer starts, although he still managed 12 goals in 36 games.

Hernandez had a more impressive season in 2012/13 even after Robin Van Persie’s arrival. Though largely used as a substitute or a starter in Cup competitions, the Mexican scored 18 goals in 36 appearances as he won his second Premier League title.

Hernandez’ most disappointing campaign came in 2013/14. Although he played 35 times that season, opportunities were scarce for the Mexican as he scored only nine goals.