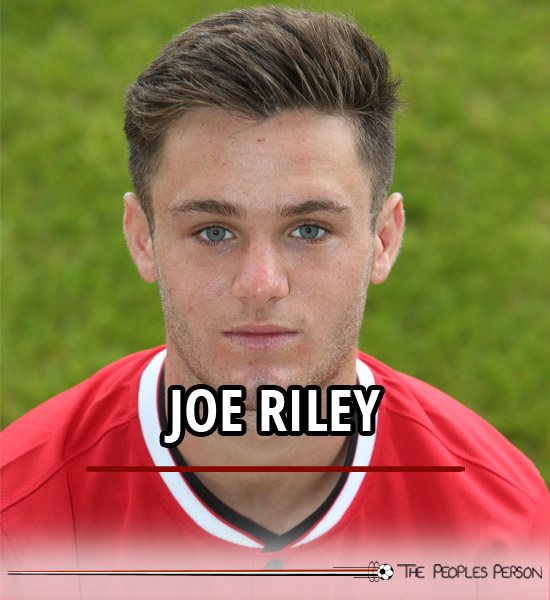 Joe Riley has been at Manchester United since the tender age of seven. He is often regarded as a utility player due to his ability to play at right-back, right-wing or central midfield with ease. However he appears to favour the attacking side of his game and has spent the majority of the 2014/15 season playing on the right-wing.

Riley was a member of the victorious 2013 Milk Cup squad. Described as “extremely tenacious and does not know the meaning of the word defeat”, the Blackpool born midfielder made 16 appearances for the U18s in the 2013/14 season, and scored 2 goals and made 3 assists.

A consistent performer, Riley is a regular in Paul McGuinness’ U18s. A feature of his game is his ability to drive forward and create opportunities for others.

The 18-year-old was named Player of the Tournament at the 25th Anniversary Mercedes Benz Junior Cup in 2015. He put in solid performances throughout the competition as United’s U19s went on to lift the trophy in the German six-a-side indoor football tournament.

Riley has yet to be capped at youth international level.