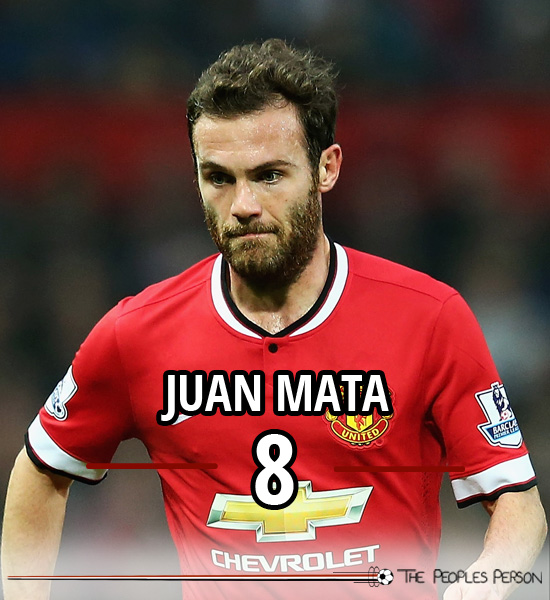 After he graduated through Real Madrid’s youth system, Juan Mata played for one year at Real Madrid Castilla before he made his breakout with Valencia in the 2007/8 season. Mata played a large role for the Spanish side, making 174 appearances in four seasons.

In the summer of 2011, Mata moved to England to play for Chelsea, and won the Champions League and the FA Cup in his debut season.

After he fell out of favor with Chelsea manager Jose Mourinho, Mata made his move to Manchester United at the start of 2014.

Mata made his debut for United against Cardiff City and provided an assist in the 2-0 victory. He ended the season with six goals despite the fact that he was only allowed to play in Premier League games for United due to being cup tied from his time at Chelsea earlier in the year.

Mata is an established international for Spain and has represented Spain at the U16, U17, U19, U20, U21, Olympic, and senior levels. He was part of Spain’s World Cup winning squad in 2010.

Due to tough competition in Spain’s midfield, Mata has had a tough time becoming a regular in Spain’s first team.

After a good start to the 2014/15 season under new manager Louis van Gaal, Mata lost rank in the side and struggled to earn a starting spot, but a red card to Angel di Maria gifted Mata a chance to re-establish his place in the starting lineup.

Mata used this opportunity to deliver key performances which lead United to victory against the likes of Tottenham, Liverpool, and Manchester City, with his overhead goal at Anfield being a highlight of his United career so far in a moment fans won’t ever forget.