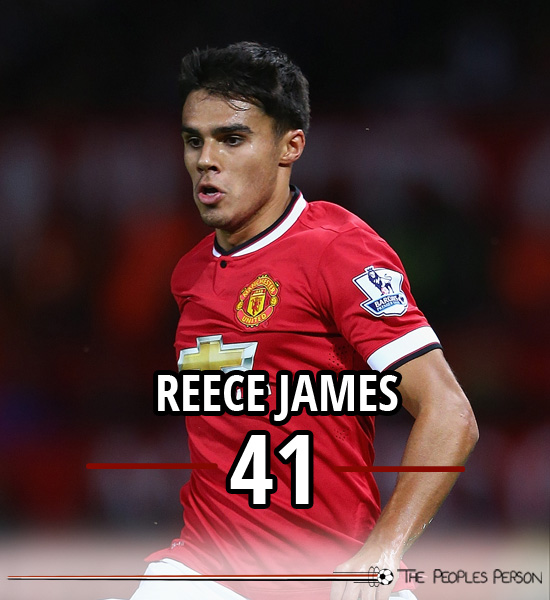 Reece James spent time at Blackburn Rovers and Preston North End before he signed for Manchester United in 2012.

In 2013, James joined Carlisle United on a half season loan where he made his professional debut on the opening day of the season. He suffered an injury during a League Cup match and returned to Manchester in September.

James spent the remainder of the season playing for United’s reserves and his performances earned him a nomination of the Denzil Haroun Reserve Player of the Year award but he lost out to Saidy Janko.

He made his first-team debut in a pre-season match against the LA Galaxy ahead of the 2014/15 season and he scored twice in their 7-0 win.

James then joined Rotherham United for a two month loan before he joined Huddersfield Town on loan for the remainder of the 2014/15 season. His first goal for Huddersfield came when he scored directly from a corner in their 4-4 draw against Derby County.

James has yet to make an appearance with England’s national team at any level.