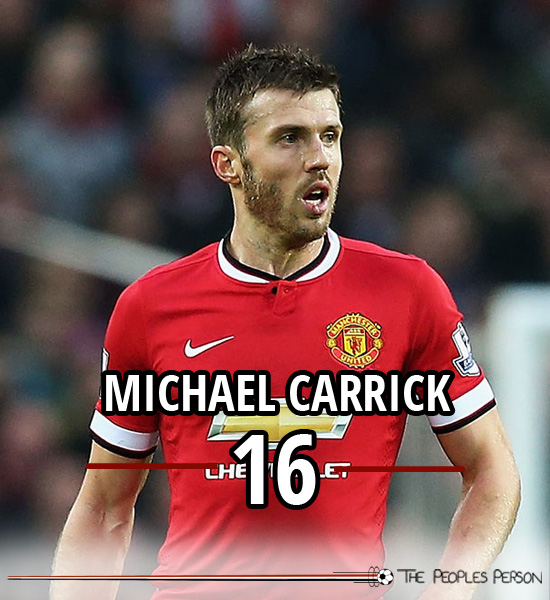 Michael Carrick progressed through West Ham’s academy as a midfielder but had previously been a striker. His debut was against Jokerit in the Intertoto Cup in July 1999 and his Premier League debut followed shortly after against Bradford City. He was loaned to Swindon and Birmingham that season and went on to win the club’s Young Player of the Year in the following season.

His international debut was against Mexico in May 2001.

He then joined Tottenham in August 2004 and made his full debut that November. He had a greater impact the following 2005/06 campaign, helping Tottenham to fifth place.

Sir Alex Ferguson snapped up Carrick in 2006 and he went on to win three Premier League titles in three seasons.

Man United won the Carling Cup in 2009/10 after Carrick played in three of four matches in earlier rounds and scored against Manchester City in the semi-final.

He started to earn more recognition for his performances in the 2012/13 season, when United regained the Premier League title.

Carrick then remained a regular in a disappointing 2013/14 under David Moyes.

He has played often under Louis van Gaal when available. His return from injury inspired a six match winning run, causing Sir Alex Ferguson to single him out for praise.